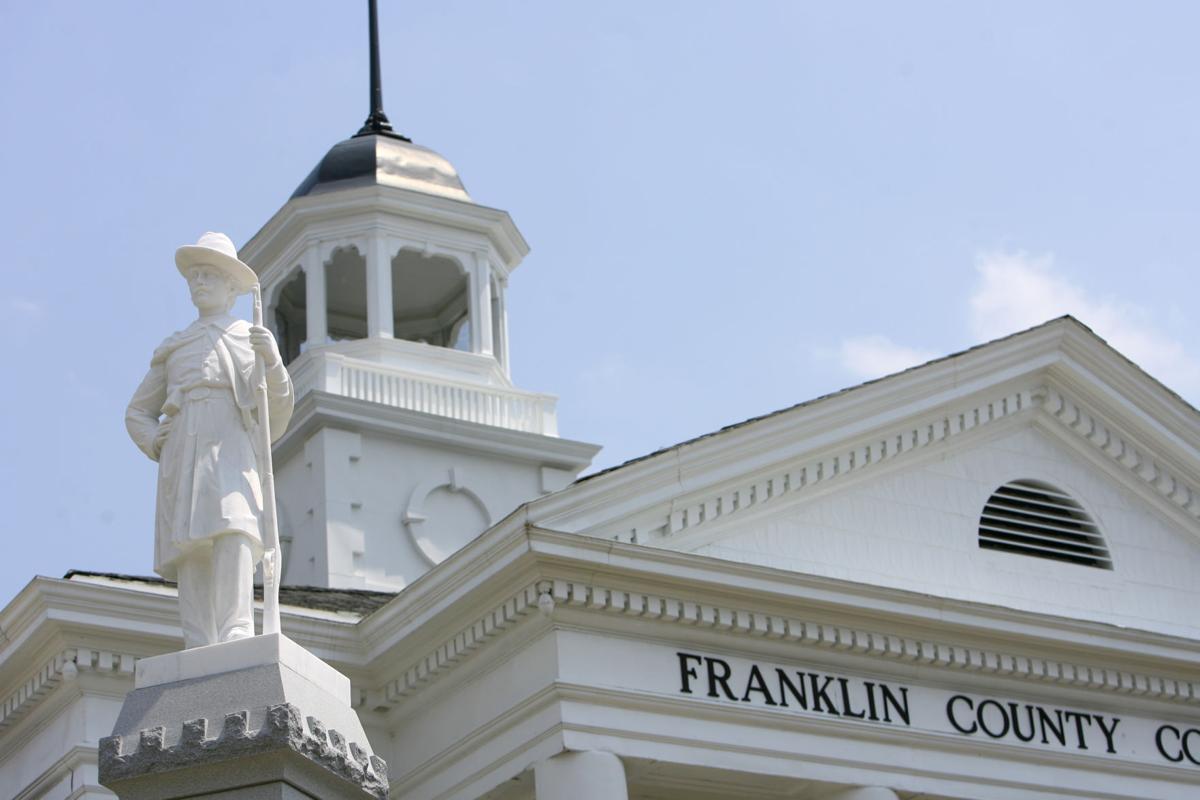 A referendum to keep the Confederate monument outside the Franklin County courthouse was all but sure to pass Tuesday night. 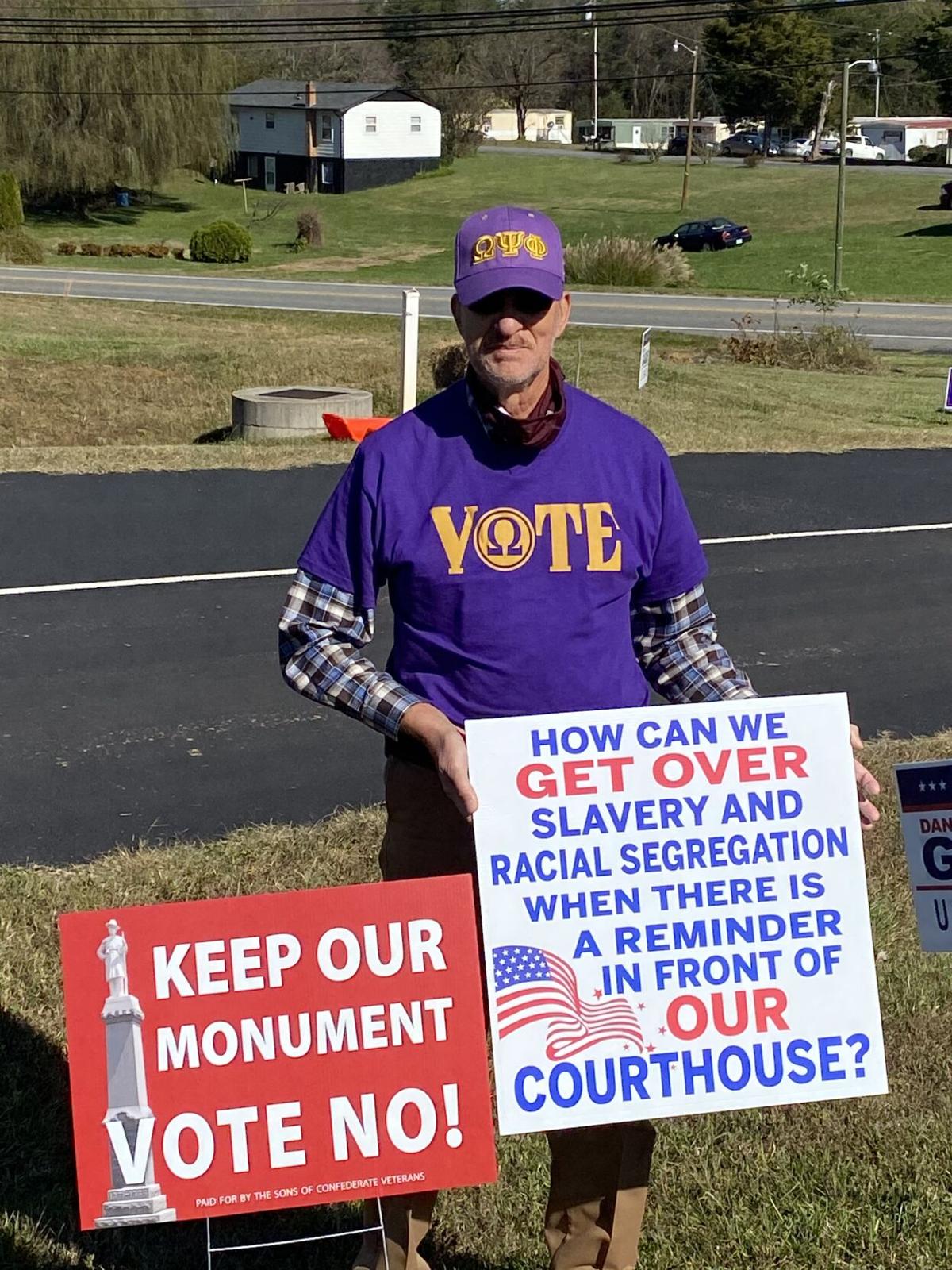 Larry Moore and his wife, Glenna, along with other members of the community, have been actively campaigning to have the Confederate monument relocated from the front of the county courthouse. They were at the Pigg River Community Center campaigning on Tuesday.

A majority of Franklin County voters want the statue of a Confederate soldier that stands in front of the courthouse in Rocky Mount to stay put, judging by the final vote tally.

With all precincts reporting, residents overwhelmingly voted to keep the monument where it is. According to results posted to the Virginia Board of Elections website, 21,152 (70.02%) voters were against relocating the statue, compared to 9,056 (29.98%) of voters who wanted to see it relocated.

While disappointed in the outcome as it stood Tuesday night, Black residents who have been urging the Franklin County Board of Supervisors to relocate the statue vowed that they will continue their efforts.

In July, the board chose with a 6-1 vote to put the monument referendum on the Nov. 3 ballot after hearing from residents who called the statue a symbol of slavery and oppression and argued it belonged at an appropriately-themed historic site instead of courthouse grounds.

The outcome of the referendum does not bind supervisors to any specific course of action. However, no supervisor has spoken in favor of moving the statue during regular meetings.

The Black activists and their allies who demanded that the statue be moved did not request the referendum, and in fact have repeatedly criticized the board for making that choice. About 8% of the county’s population is Black.

“They set us up for failure,” Craighead said. “That’s exactly what the Franklin County Board of Supervisors did to us today.”

Craighead said she witnessed no attempts at voter intimidation Tuesday. Among voters supporting opposing sides, “it was a mutual respect,” she said.

Rocky Mount residents Glenna and Larry Moore staged a two-person protest of sorts Tuesday after seeing a photo of a Sons of Confederate Veterans sign that read “Keep Our Monument, Vote No!” at a polling place. The sign stood in front of the Pigg River Community Center, a building constructed by the county’s Black community, Glenna Moore said.

The Moores, who have been among the citizens telling supervisors to move the statue, brought their own sign, that read, “How can we get over slavery and racial segregation when there is a reminder in front of our courthouse?”

It might take a decade, the Moores said, but they believe the statue will ultimately be relocated.

“It will come down eventually,” Glenna Moore said. “These young people are really determined and focused.”

Franklin County was one of six localities in Virginia asking if Confederate monuments should stay or go.

Charles City County voters were asked if supervisors should remove a Civil War monument in front of its old courthouse as well as a memorial inside. There were 2,360 votes (55.11%) against removing them compared to 1,922 (44.89%) votes.

Tazewell County said supervisors should not vote to relocate a Confederate soldier monument from the grounds of its courthouse. There were 17,258 votes (87.44%) in favor of it staying put compared to 2,480 (12.56%).

The referendum on the Lunenburg County ballot asked voters if the Civil War monument honoring “the memory of Lunenburg soldiers and women” should remain on courthouse property there. Voters answered affirmatively with 4,159 votes (71.19%) compared to 1,683 votes (28.81%).

Rocky Mount restaurants recently were granted an extension for temporary outdoor seating until April 30, 2021 due to the ongoing COVID-19 pand…

Create memories with kids by taking them hunting

Hunting has always been indubitably connected to the Thanksgiving season. As far back as my ever-failing memory serves me, there would always …

A referendum to keep the Confederate monument outside the Franklin County courthouse was all but sure to pass Tuesday night.

Larry Moore and his wife, Glenna, along with other members of the community, have been actively campaigning to have the Confederate monument relocated from the front of the county courthouse. They were at the Pigg River Community Center campaigning on Tuesday.