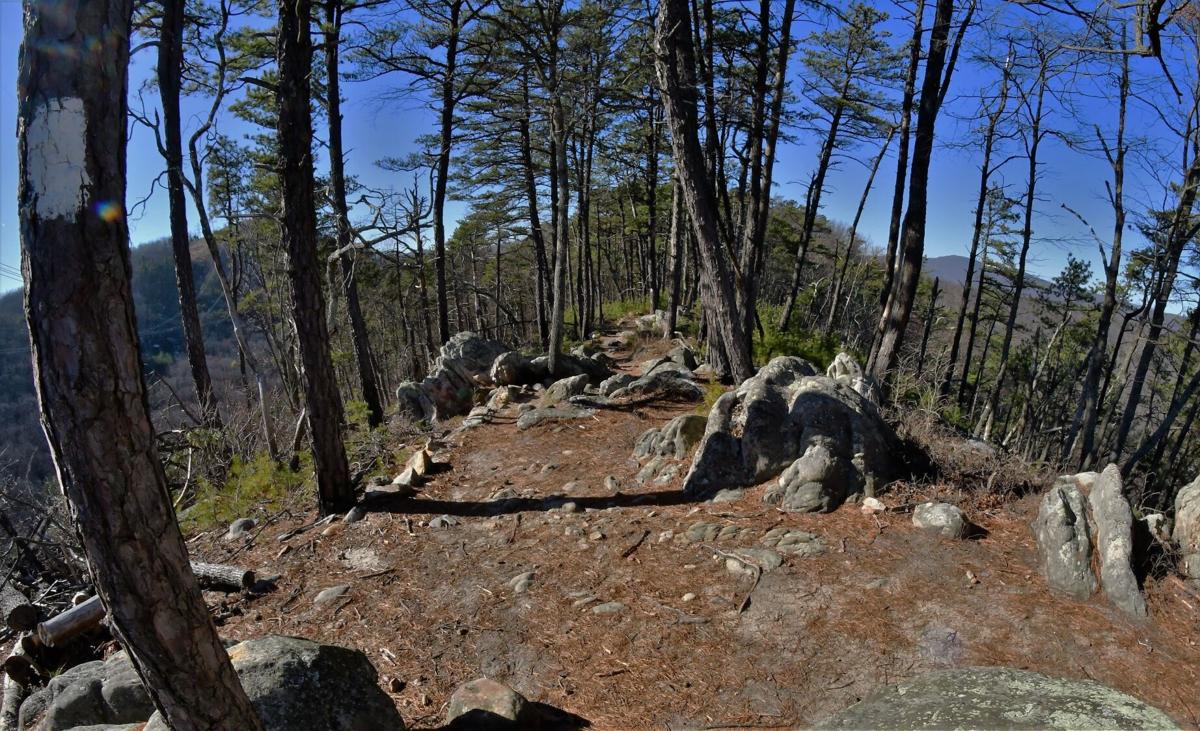 Hay Rock is best known for its rocky ridgeline and spectacular views. 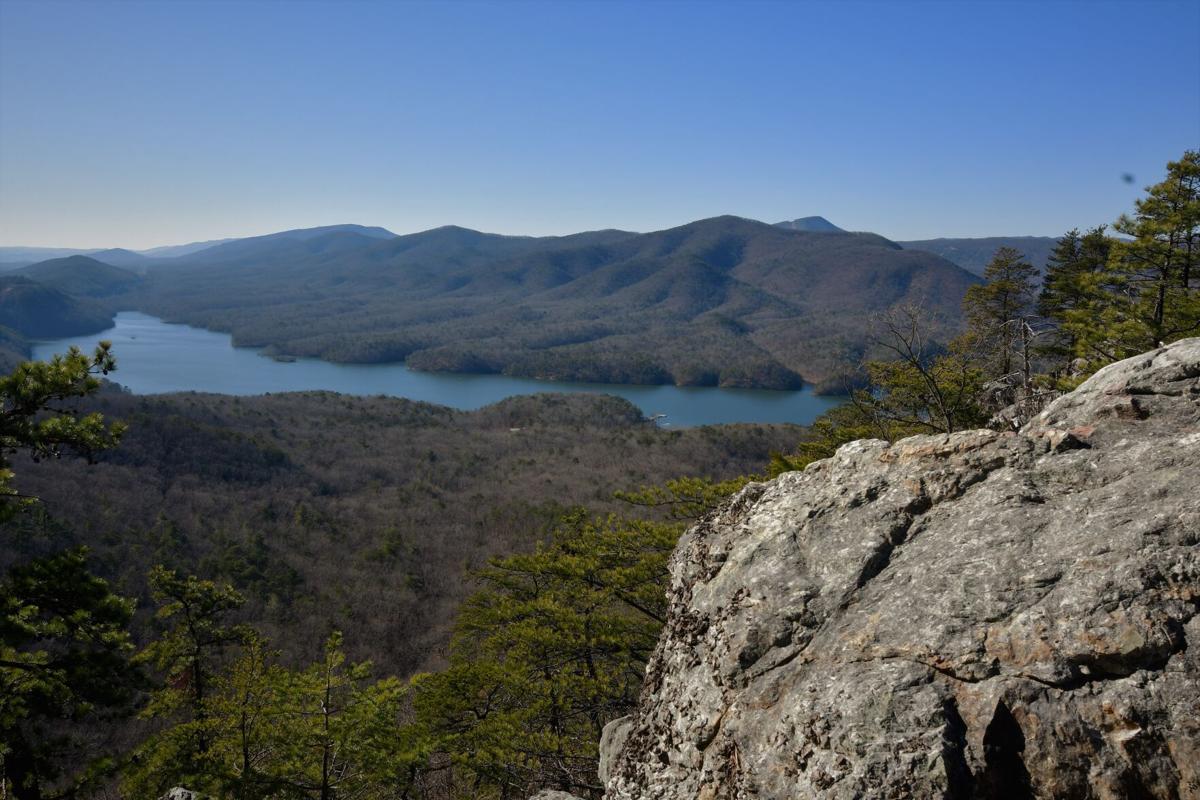 Looking east along the Appalachian Trail at Hay Rock, hikers can see sweeping views of Carvins Cove below.

Every year around this time I have my annual check-up with my cardiologist in Roanoke. And every year he finishes our time together with the same question: “Are you getting enough exercise?”

So this year I scheduled my appointment early in the day in order to leave me the entire afternoon for a brisk hike afterwards and allow me the opportunity to boast to my doctor about my exercise prowess. The only question left to answer is where would I hike?

With five hours of daylight left to play with, and being in the Roanoke area, I would have a plethora of options available. It can’t be stressed enough how blessed we are with the multitude of hiking options in this area. Roanoke has long been on the radar of outdoors enthusiasts and rightly so. There are literally hundreds of miles of trails within a 20-mile radius of downtown, including some of the finest and most popular trails in the entire state, if not the entire country.

After a bit of internal debate, I decided to head to Carvins Cove. The cove’s patchwork of more than 50 miles of trails allows a hiker the opportunity to tailor a loop hike to fit both difficulty preferences and time demands. Additionally, since many of these trails skirt the expansive reservoir, there are tons of photo opportunities.

I was anxious to get started as I pulled into the parking lot of the marina at Rocky Branch. At least that was until the guard met me and asked me for $3.

I have been there hundreds of times before, and I knew there was a parking fee at the marina; however, I didn’t have any cash on me. And even though this was entirely my fault, I was quite perturbed that I was not going to be able to hike or photograph the cove without paying.

As I angrily turned to leave, I glanced upwards and saw the ridgeline of the Appalachian Trail towering above the reservoir. I know this may sound spiteful, but my immediate thought was “I’ll show you that I can photograph your reservoir for free.”

The Hay Rock trailhead can be found at a park and ride lot on U.S. 220 in Daleville immediately after exiting I-81. The hike is an out and back trail measuring just under 8 miles. The trail boasts a 1,500-foot elevation gain over the first 2 miles, which sounds quite terrifying, but that uphill trek is overloaded with strategically placed switchbacks earning the trail a pleasant, moderate difficulty rating.

I hadn’t been on this trail in some time, and I was pleased to see a number of changes and improvements. Most notably there was new signage, newly built stone staircases and several elevated wooden mud-walks. The mud-walks were especially appreciated on my hike since the recent snow melt had dumped an excess of water on the lower portions of the trail where it crosses over Tinker Creek.

The Hay Rock trail is best known for its rocky ridgeline and spectacular views as you trek along it. The first 2 miles of the hike is the climb up to the ridge, then the next 2 miles are almost entirely atop the ridge of the mountain. To the east you overlook Carvins Cove and to the west you overlook the valleys that include Daleville and Troutville.

There are several large rock outcroppings along the way that offer fun rest stops and great photo opportunities, the largest of which is Hay Rock itself. Just be careful climbing up after a history of accidental falls.

The trail is a favorite destination for many local photographers, both for the majestic views and for the excellent birding opportunities in season. Unfortunately, since it is the dead of winter, most of the high-profile birds have migrated out of the area. I was, however, in for a special treat.

As I was on my way back down the trail and was crossing back over Tinker Creek, I found myself suddenly surrounded by a large number of thrushes frolicking in the heavy brush and thickets. Among them were about a dozen Eastern bluebirds showing off and posing for me. I could have spent hours enjoying these delightful creatures, but dark was setting in, and I needed to move along.

Overall, it turned out to be a nice day. I got the strenuous exercise I needed. I got to enjoy the spectacular views of Hay Rock. I got an unexpected birding opportunity. And most importantly, I got pictures of Carvins Cove without paying for them.

Hay Rock is best known for its rocky ridgeline and spectacular views.

Looking east along the Appalachian Trail at Hay Rock, hikers can see sweeping views of Carvins Cove below.