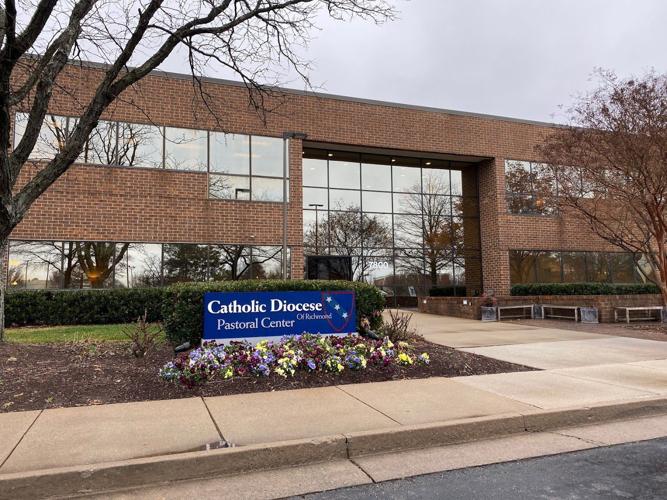 The Catholic Diocese of Richmond where Father Mark White met with officials on Wednesday. 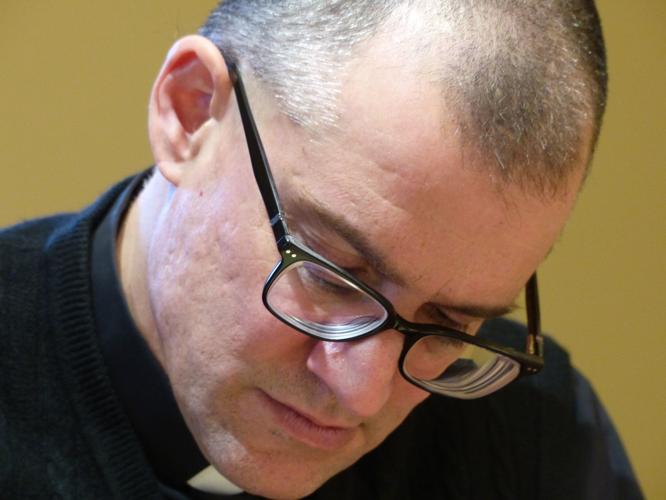 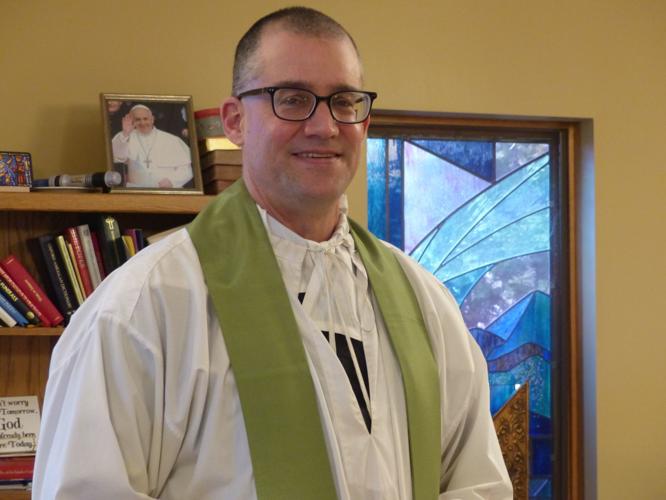 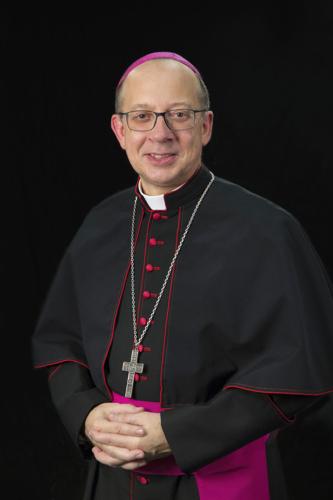 Mark White to silence his blog about sex abuse scandals.

Father Mark White, priest of St. Francis of Assisi Catholic Church in Rocky Mount and St. Joseph Catholic Church in Martinsville, will keep his job under a modified agreement of silence arranged at a meeting Wednesday at the Catholic Diocese offices.

Father Mark emerged from the meeting wearing black, his white clerical collar intact, and was greeted by echoes of “he’s still got his collar on!” from a small group of parishioners who made the four-hour trip in support of their beloved priest.

Late last year Bishop Barry Knestout ordered White to silence and threatened to remove him from the priesthood because of a popular blog White filled with comments of frustration and disgust over how the church hierarchy had responded to the many sexual abuse scandals in the church, and particularly the cases involving former Cardinal Theodore Edgar McCarrick, who had ordained White as a priest.

In June 2018 McCarrick was suspended after dozens of stories became known involving details of sexual misconduct with seminarians and then allegations of sexual abuse of children. McCarrick resigned from the College of Cardinals in July 2018, but his file still remains sealed at the Vatican.

White complained forcefully in his blog that the file should be released, even to the point of begging Pope Francis to resign. Knestout responded by forcing White to remove his blog, which has drawn more than a million viewers, and to remain silent.

Now, others are beginning to openly express frustration similar to White’s.

Bishop Joseph E. Strickland of Tyler, Texas, was at the Vatican on Jan. 20 and told the Catholic News Service that he had asked Pope Francis directly about the Vatican’s investigation of McCarrick and why his file is still sealed.

“I said these allegations about McCarrick need to be investigated, and they have been, and the report, according to Pope Francis yesterday,” will be published, Strickland told the Catholic News Service.

“An institution that’s been around 2,000 years doesn’t turn on a dime.”

In Wednesday’s meeting, Knestout agreed to allow White to post his homilies on the websites of St. Joseph and St. Francis, but he held steadfast his order that White refrain from expressing his opinion about anything by means of a personal blog.

“I asked the bishop to reconsider his previous order prohibiting my blog under threat of removal as pastor. He did not reconsider that,” White said.

“During the meeting, the bishop refused to get into any specifics regarding my blog. But he repeatedly referred to posts I had written as ‘intemperate insults.’

“They were not, however, intemperate insults. They were well-documented accounts of the dishonesty of some of his brother prelates.”

Asked if he would comply with the modified directive, White answered, “I will obey the order I have been given.”

There actually were two meetings at the Catholic Diocese headquarters at 7800 Carousel Lane.

“We were given an opportunity to speak, but the bishop made it clear — three times he made it clear — that this [White’s blog] will not continue for now,” said Joseph Graf, a member of the St. Francis of Assisi’s parish council. “He said, ‘For now,’ but I don’t know how long that might be.

“If you compare it to the corporate world, the bishop is like the manager. It’s his job to keep everybody in line. I’m not saying Father Mark is out of line, but the bishop thinks he is, and so that’s the way it goes.”

Graf was asked what advice he might offer Father Mark.

“Reflect and pray,” he said, “and then do what he thinks the Lord has called him to do.”

Last month at mass, White had asked the congregation at St. Joseph to pray for him:

“Please pray that the bishop will leave me at least a little patch of ground to stand on. I want to keep standing here with you. But everyone needs to be able to say their piece somehow.”

When asked if he felt the bishop had given him that patch of ground, White said he was unsure.

“It will take some time to know,” he said.

Julie Nix served for almost a decade on the county school board. She resigned Monday after moving out of the Blue Ridge District.

A new roundabout is beginning to take shape at the intersection of Brooks Mill Road and Burnt Chimney Road in Wirtz. It will be the second in the area constructed to improve safety at once dangerous intersections.

After 40 years in broadcasting, Robin Reed is stepping away from the anchor's desk in Roanoke.

Tom Collins says the bridge railing is too low.

5 charts that show where home sales are headed in Virginia

Are prices headed up or down? Where are the hotspots for buyers and sellers? Find out with these charts and graphs, updated weekly.

It will be the county's first such large-scale solar farm.

Four or five years ago, Jerline Guilliams got fed up with unreliable phone and internet service to her home in Callaway.

Amid unusually high rates of flu and other respiratory infections nationally and closer to home this year, medical experts are warning that a particularly severe flu season may be ahead.

The Catholic Diocese of Richmond where Father Mark White met with officials on Wednesday.

Mark White to silence his blog about sex abuse scandals.