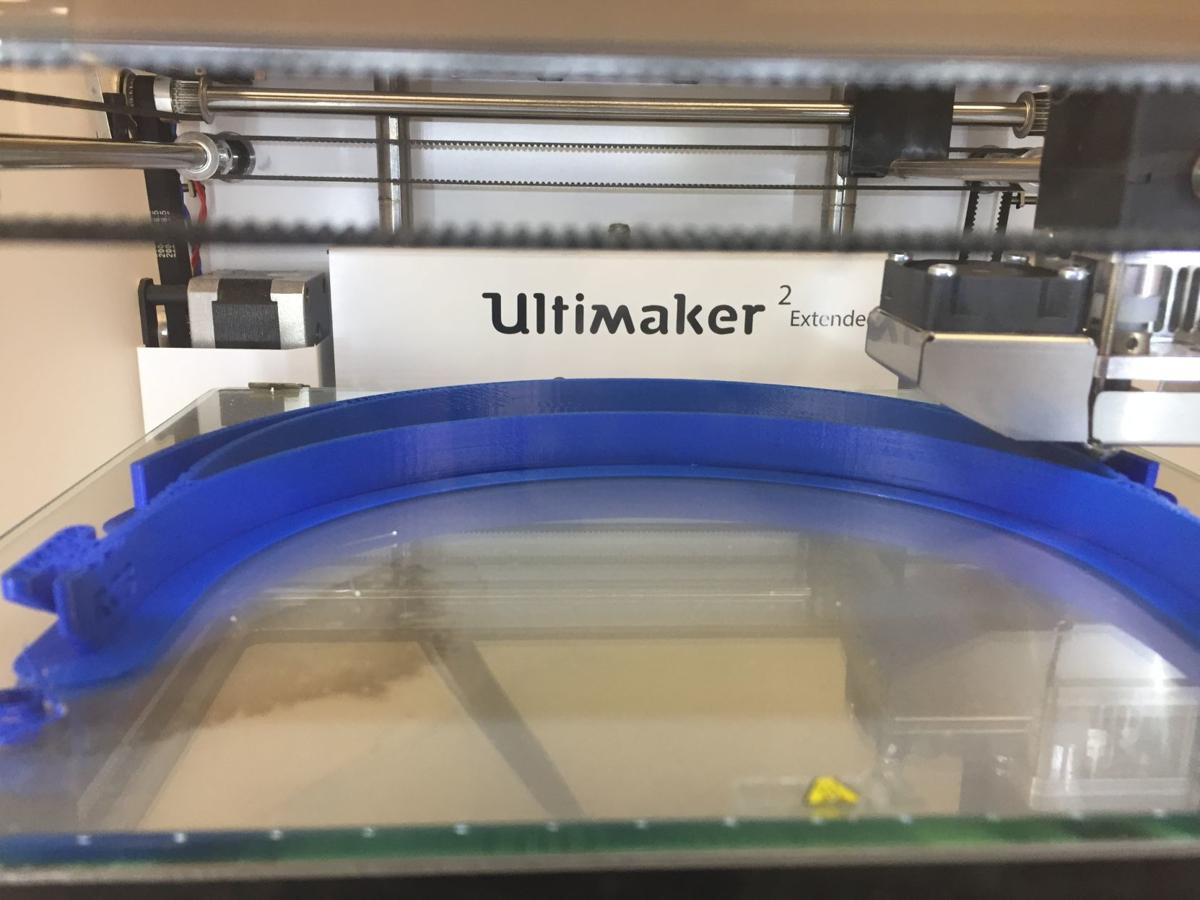 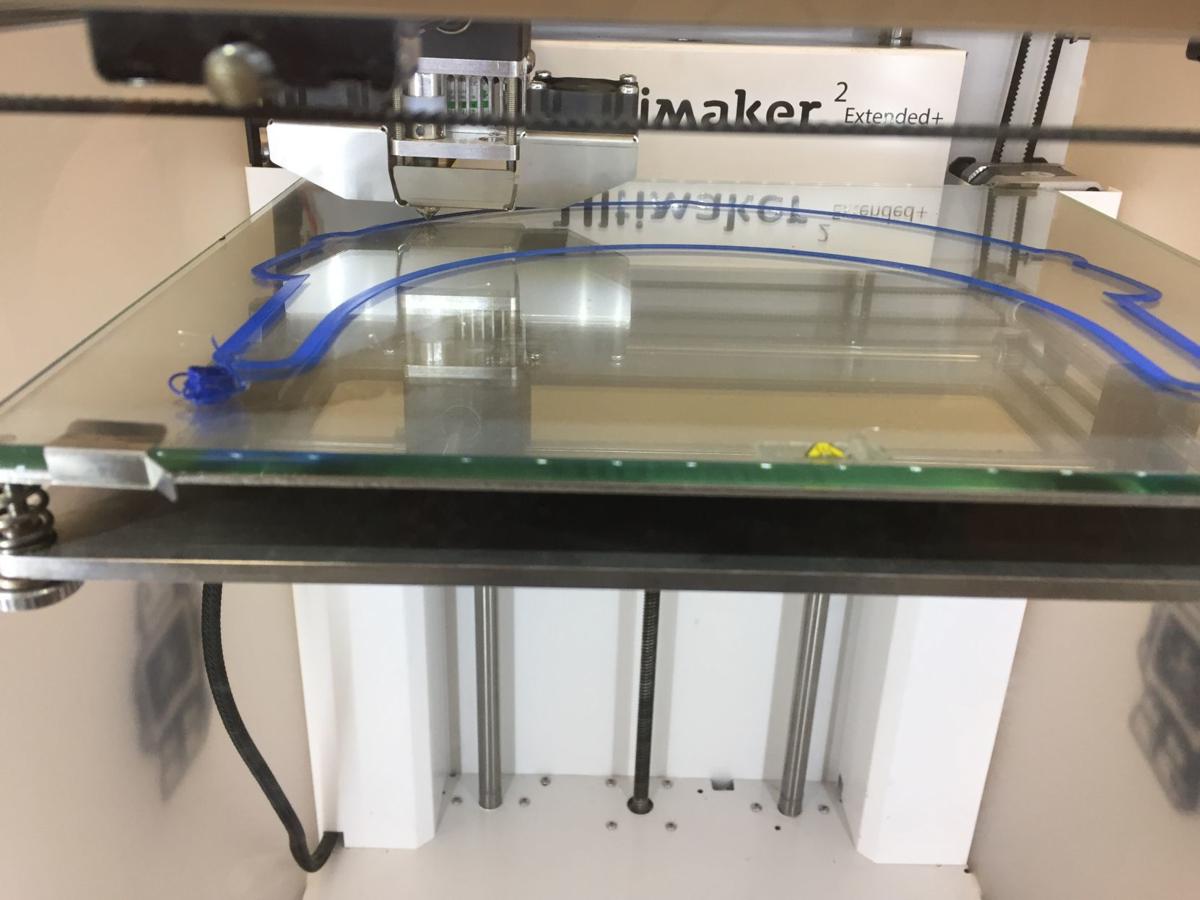 The main branch of Franklin County Public Library is using its 3D printer, which is normally used for educational purposes, to manufacture protective gear for county public safety workers, including this face shield.

Billy Ferguson, director of Franklin County Public Safety, said the department was in need of face shields, which protect safety workers from getting bodily fluids in their faces, and reached out to the library after seeing a newscast about the shields being 3D printed.

“I recalled the library had a 3D printer, and I called Alison (Barry, director of Franklin County Public Library),” Ferguson said.

Meanwhile, Dorothy Anderson, children’s librarian at the main branch, said she had heard about a worldwide movement to create PPE parts for first responders and medical workers, and had approached Barry about it.

Anderson explained the library has had a 3D printer for about four years that is used for educational purposes, to let the public see how 3D printing works.

“The general public don’t get to see 3D printing, kids in school do,” Anderson said. “We allow the public to print small things. They can get an .STL file for free online, and occasionally someone will have designed something themselves.”

She said the library has printed small parts for sliding glass doors, gas caps and even small figurines.

Anderson said they found a file from Prusa Printers online, based in Prague, Czech Republic, to use with their printer. It takes approximately five hours to print one shield and it only prints the frame, which can attach to any clear plastic material that can be three-hole punched to use as the shield. Because they take so long to print, the library can only print one per day.

“The printer operates at high heat so we don’t leave the printer unattended,” Anderson said. “Since the library is closed to the public right now, it’s nice to be able to do something to help. Some people are sewing and making masks; this is our way of helping.”

The library charges 25 cents per gram for printing to cover the cost of material. Anderson said the weight of the shields is approximately 40 grams so they each cost around $10 to print.

Ferguson said the parts can be decontaminated and reused. He said the public safety department is faring well on PPE, having just received a new shipment of sterile gowns and other items, but is grateful that the library is printing the face shields.

He said he ultimately would like to have one for each public safety worker, but will take whatever the library could donate. There are 41 full-time staff and 31 part-time staff, including administration at public safety.

He said the face shields are typically used once or twice a week, but with the increased concerns surrounding the COVID-19 pandemic, the shields are being used an average of six times each week.

Barry said the library was glad they had the 3D printer for the community to access, but said, “helping public safety is something we feel good about.”

It’s officially been six months that Virginia has been in a state of emergency due to the COVID-19 pandemic, and the one thing that is consist…

Mark Moore, a Ferrum College graduate and a 22-year veteran of municipal government, will serve as the town’s assistant town manager/director …

Franklin County School Board hears updates on start to school

The Franklin County School Board heard updates from Superintendent Dr. Mark Church, as well as the middle and high school principals on the st…

A North Carolina man was killed and a Franklin County woman wounded in a shooting incident early Saturday in the Snow Creek section of Franklin County, the sheriff’s office there said.

Longtime Rocky Mount Town Manager James Ervin will retire next year after 14 years in the position. He made the announcement at the start of t…

The main branch of Franklin County Public Library is using its 3D printer, which is normally used for educational purposes, to manufacture protective gear for county public safety workers, including this face shield.