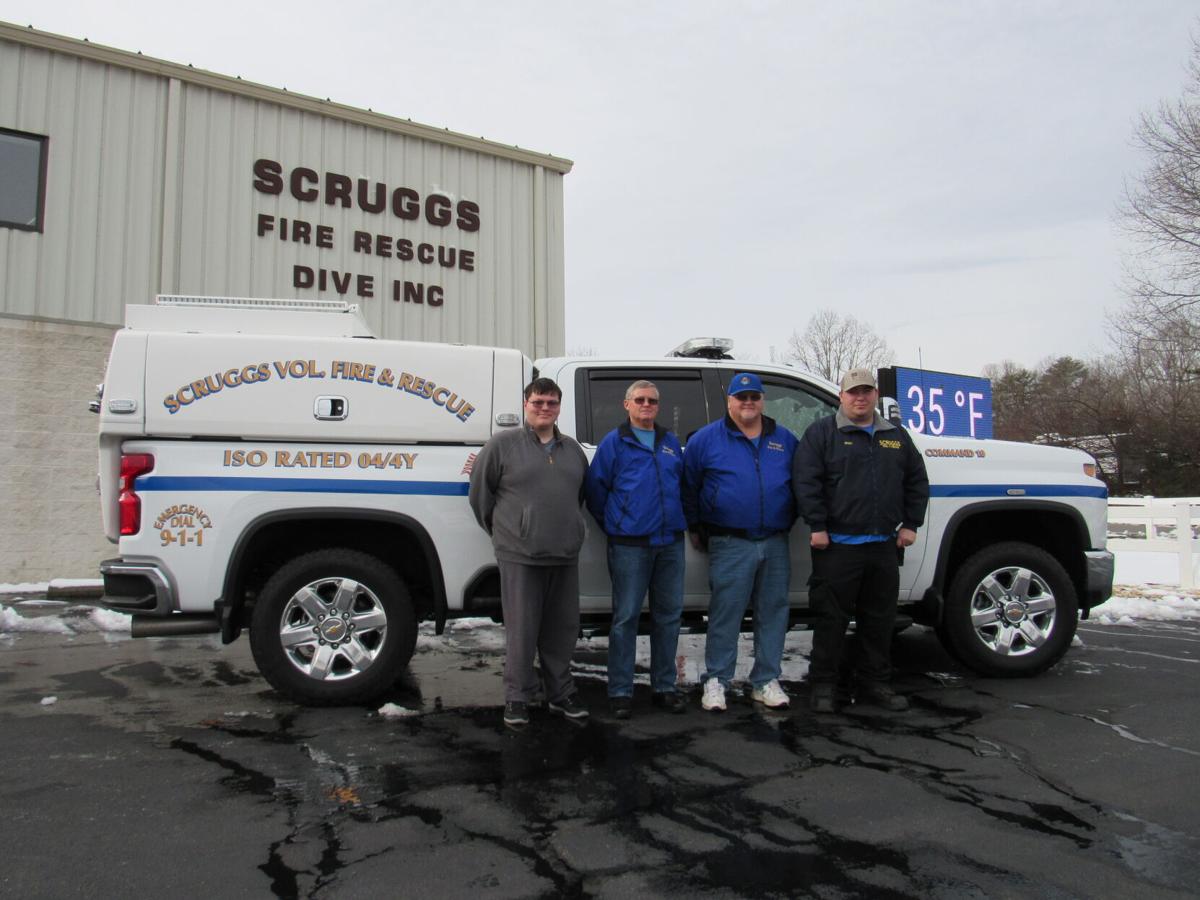 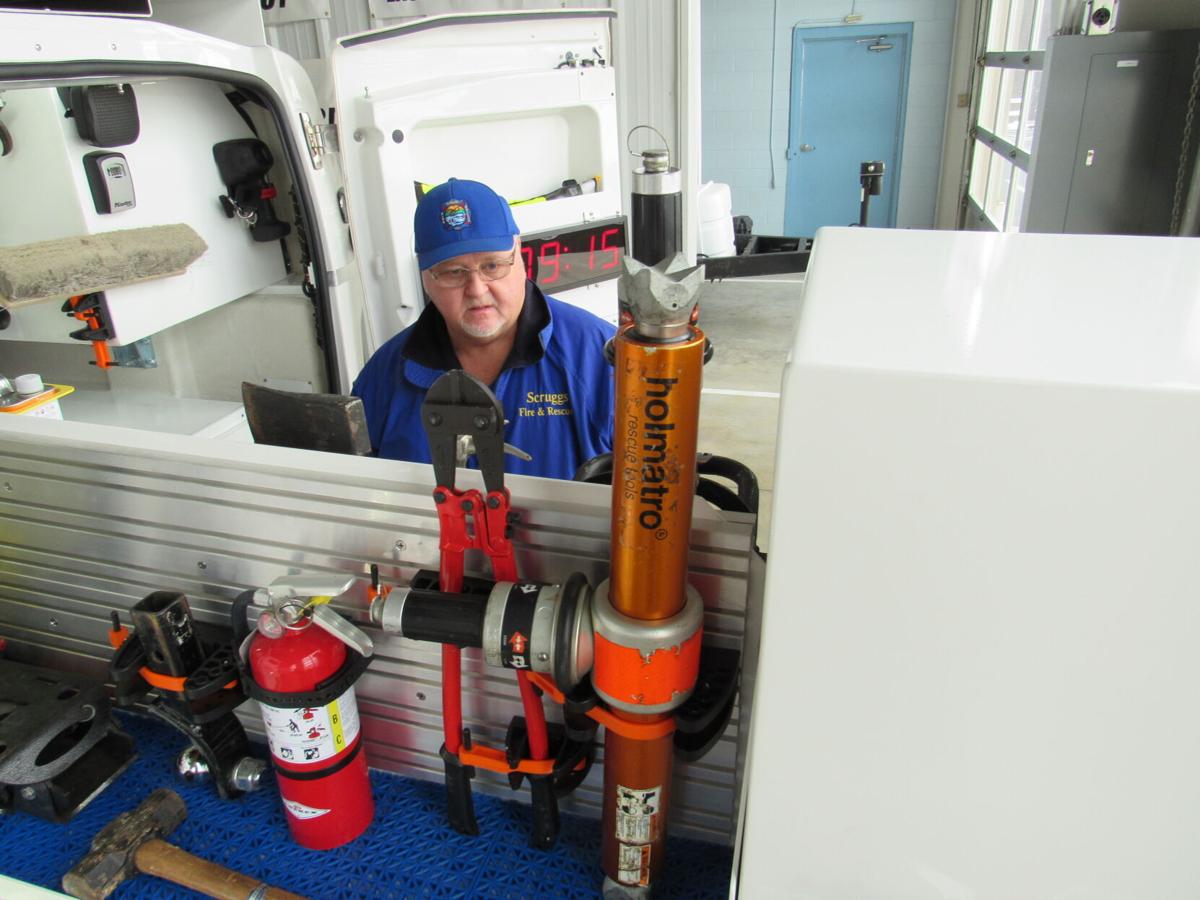 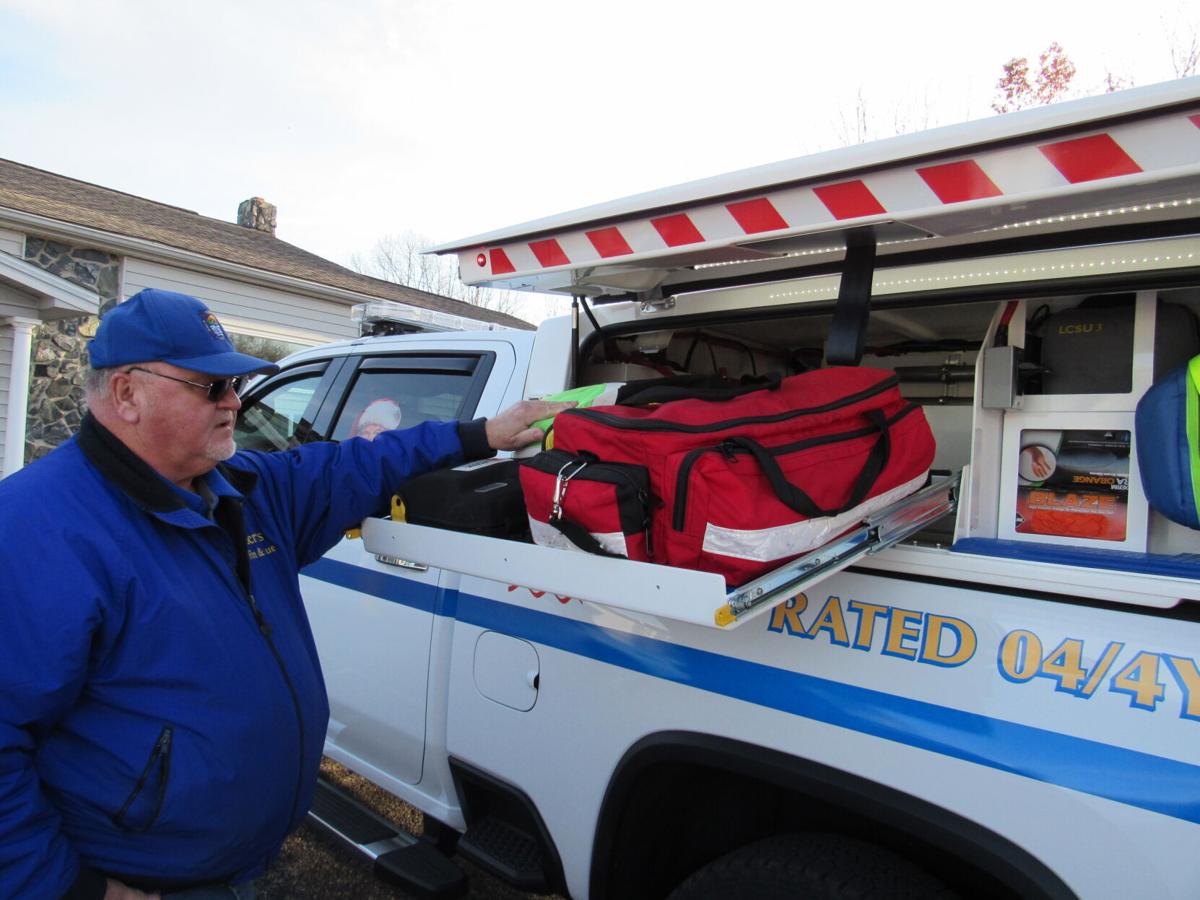 The Scruggs Volunteer Fire and Rescue Department started the new year with a new emergency response vehicle. The Chevy Silverado truck retrofitted with multiple lifesaving devices was put into service on Jan. 1 and has already seen its fair share of action.

In addition to responding to several incidents on Jan. 1 and 2, the emergency response vehicle was one of the first on the scene to assist motorists stuck on Scruggs Road on Jan. 3 during the snowstorm that put down several inches in the area. Snow and ice made a section of the road impassible for several hours during the storm.

Fortunately, no lifesaving devices were necessary during the Jan. 3 snowstorm, but, according to Chief Dempsey Moore, the vehicle has everything needed to quickly respond to an emergency. The vehicle is equipped with an automated external defibrillator and a LUCAS chest compression system to assist those facing a medical emergency. It also has multiple extrication tool that can quickly remove people from a building or even a home when responding to a fire.

“This is probably the most important truck we have right now,” Moore said.

Moore said the vehicle will be one of the first on the scene when responding to calls of fires or medical emergencies. The equipment available in the vehicle will allow firefighters or EMS to quickly rescue and stabilize individuals.

The vehicle is also used as a command center when responding to a fire or emergencies with space for charts to keep track of firefighters inside a building as well as other departments on the scene.

“You can show up on the scene and do a lot of things,” Moore said.

While Moore did not provide the exact cost of the vehicle, he said it was paid for completely by donations from the community. The vehicle was first purchased in August, but has spent the past few months being retrofitted with equipment before returning late last year.

“We are very blessed and very pleased to have this truck,” Moore said.

Applebee's restaurants, including the ones in Martinsville, Danville and Rocky Mount, have been bought by a Texas family-owned company.

Jurors concluded Manns was part of the home invasion but was unable to reach a unanimous verdict on the two most serious charges of first-degree murder and use of a gun in a murder.

The request is identical to one filed last month by Thomas “T.J.” Robertson, a former sergeant with the Rocky Mount Police Department who can be seen along with Fracker posing for a selfie in the Capitol’s Crypt.

Dudley Elementary School recently released the names on its Honor Roll and Principal’s List for the second nine weeks.

Thomas "T.J." Robertson was carrying a "large wooden stick" when he entered the Capitol on Jan. 6, 2021, according to a revised indictment.

Del. Wren Williams, R-Patrick, filed a bill that would make it a misdemeanor crime for those who teach critical race theory and other such concepts.

The bill referencing the 1858 "Lincoln-Douglas debates" in which Stephen Douglas and Abraham Lincoln went head to head on the issue of slavery mistakenly referenced Frederick Douglass,