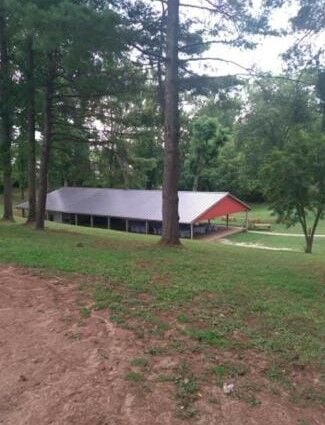 The first service of the Rocky Mount branch of Vitalize Church will be this Sunday. 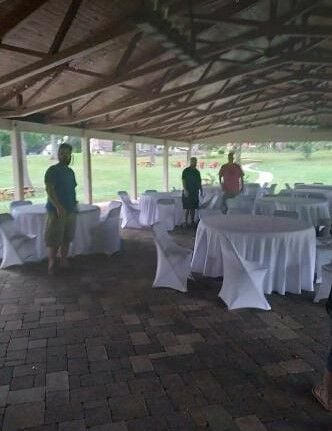 Plans for a second location church location have been in the works since February.

A Hardy church is set to expand into Rocky Mount this Sunday when it holds its first service at 10:30 a.m.

Rocky Mount Vitalize Church will be using the Grand Oak Pavilion at the Early Inn at the Grove for its services until it is able to identify a permanent location. The idea of a second location has been in the works since Tony Gray, lead pastor of the main branch, received a message from God to expand his ministry. In February, members of the church starting working to make a second location a reality.

Although the church hopes to eventually establish its own location, it has an agreement with the inn to hold services at its pavilion for the foreseeable future.

“I’m very excited. I’ve always wanted to be with a new church that’s starting out,” Carmen Kelley said. The Franklin County resident has been attending Vitalize Church for the past seven years. “It has been taking me 25 or 30 minutes to get to Westlake, but now Rocky Mount Vitalize is just 10 minutes from my house.”

The Rocky Mount location will be led by two pastors, Terry Colomba and Shane Mills.

Colomba left her native New York in 2006 with her husband and children in search of a slower pace of life. It was on a trip to North Carolina that she found herself at Smith Mountain Lake. Her initial take on the area was that the people who lived there “had a gentle, kind manner about them.” She said it didn’t take her long to know that the area surrounding the lake was where she was meant to be. She joined Vitalize Church in 2013. She became ordained as a pastor last year.

Mills, a Union Hall resident, has attended Vitalize for the past six years. “I got a call to go into pastoring when Pastor Tony said we were starting a church in Rocky Mount. I felt like God was calling me to do that,” he said. “I’ve been studying. I was just ordained as a pastor last week for the opening of the church.”

The church’s motto is “Rocking for Jesus.” The church band plans to rock for Jesus this Sunday with a variety of contemporary Christian songs. It has been preparing a set list for the first Sunday service for months.

In addition to preferring contemporary Christian music over more traditional hymns, the church cultivates a casual environment by encouraging the congregation to wear jeans. Kelley described the approach as “church done different.”

Mills agrees with Kelley. He said, “We’re open to everyone. We are a come as you are church. We’re very accepting to where you are. You don’t have to be at a certain spiritual level to be able to know God.”

The Westlake area location was founded on Easter Sunday in 2012. When it was started, the church shared space with a post office, then later with a cinema. The church started renting its own location at the former Westlake Lighting building in 2019.

Kelley said that although it is difficult to say how many people will show up for the grand opening of the church this Sunday, she’s hoping for a good turnout. There are currently 12 individuals who have been attending services at the Hardy location up until now that will start going to the Rocky Mount location due to the fact that it will be closer for them. In an effort to try to bring on new church members, people like Kelley have been passing out flyers around Rocky Mount to spread the word of the opening.

“With COVID coming back more, people might feel more comfortable outside at a pavilion,” Kelley said.

The pavilion can hold up to 200 people. Once cool weather sets in, the church will be able to lower the walls on the pavilion and use propane heaters to keep worshippers warm.

The address of the Early Inn at the Grove is 50 Floyd Avenue in Rocky Mount.

The Rolling Stones discuss if 2021 tour will be their last

Center Stage Catering, Inc. recently announced that it will be opening a new restaurant in Rocky Mount. It will be called The Porch.

The Town of Rocky Mount will be holding the Sidewalk Sale tomorrow.

Tent goes up outside hospital

An outdoor climate-controlled tent was set up adjacent to the emergency department at Carilion Franklin Memorial Hospital on Monday.

A Rocky Mount girl has donated more than 200 pounds of pet food and supplies to the Franklin County Animal Shelter.

A lawsuit that challenges the taking of private land for the Mountain Valley Pipeline remains pending in an appeals court.

The following land transfers were registered in Franklin County in July (with the seller, the buyer, the date, the location and the amount of …

With the 4-3 decision, construction will begin on the new Glade Hill Volunteer Fire-EMS Station after 10 years of planning and debate.

Under a bright sky last Sunday morning at 10, a crowd of about 1,100 from the church’s three campuses gathered at Franklin Heights Church’s Ro…

The first service of the Rocky Mount branch of Vitalize Church will be this Sunday.

Plans for a second location church location have been in the works since February.