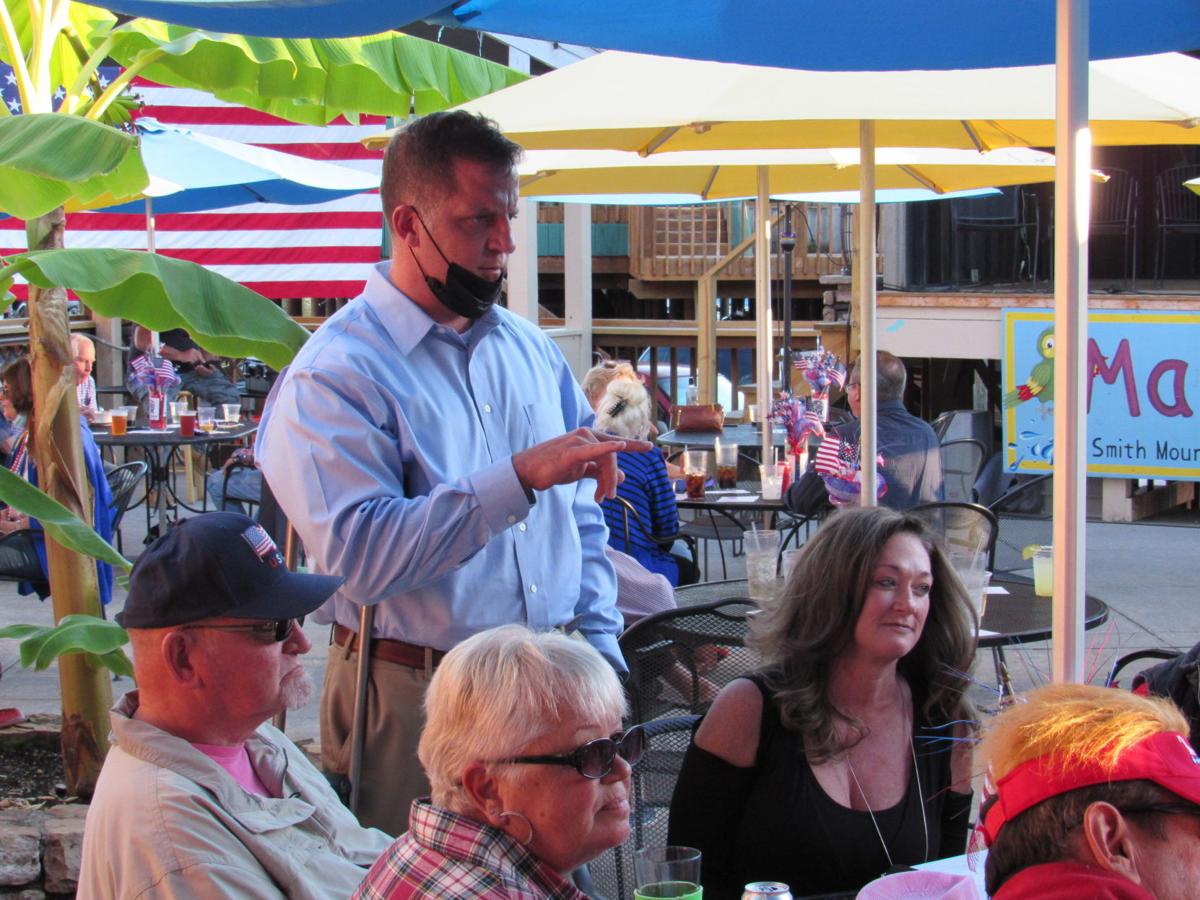 U.S. Senate candidate Daniel Gade spoke with attendees at the Republican fundraiser at Mango’s Bar and Grill on Sept. 30. 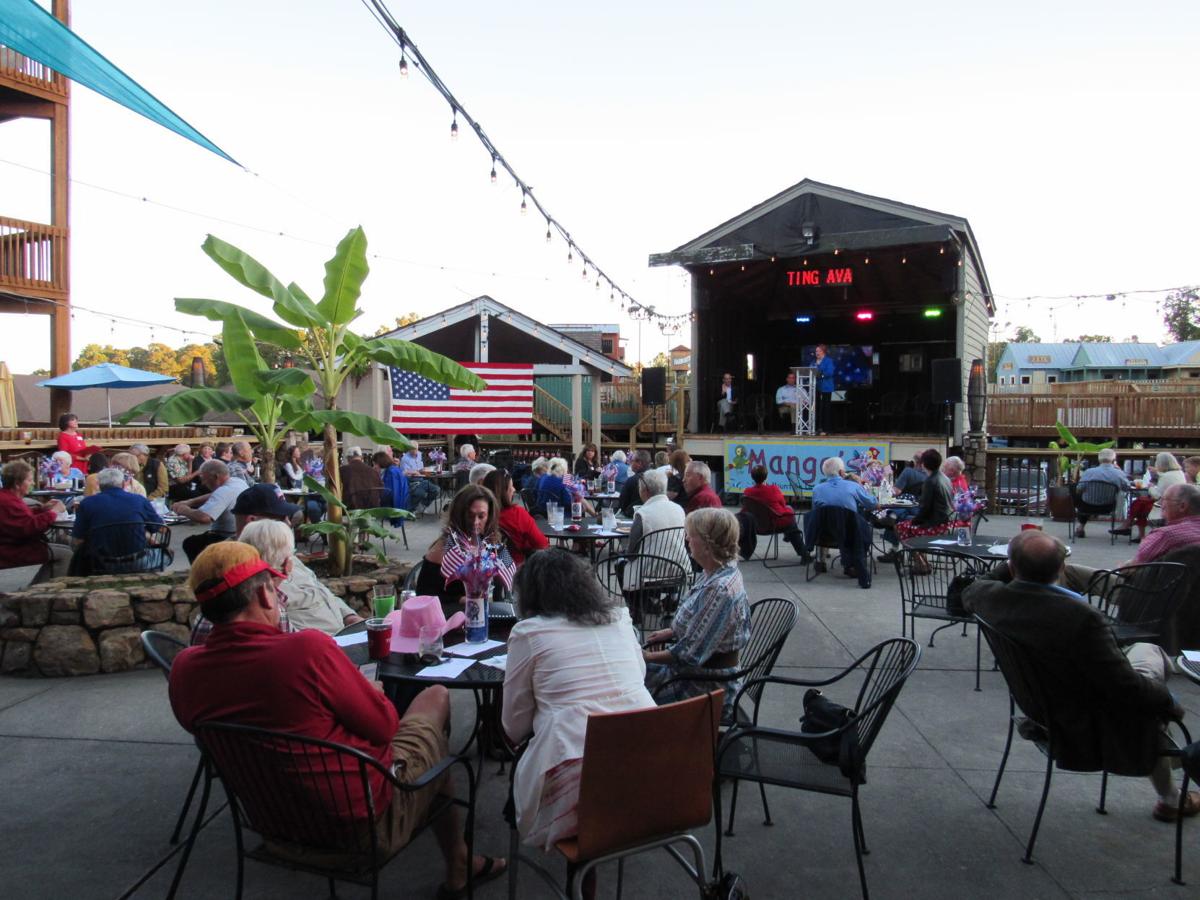 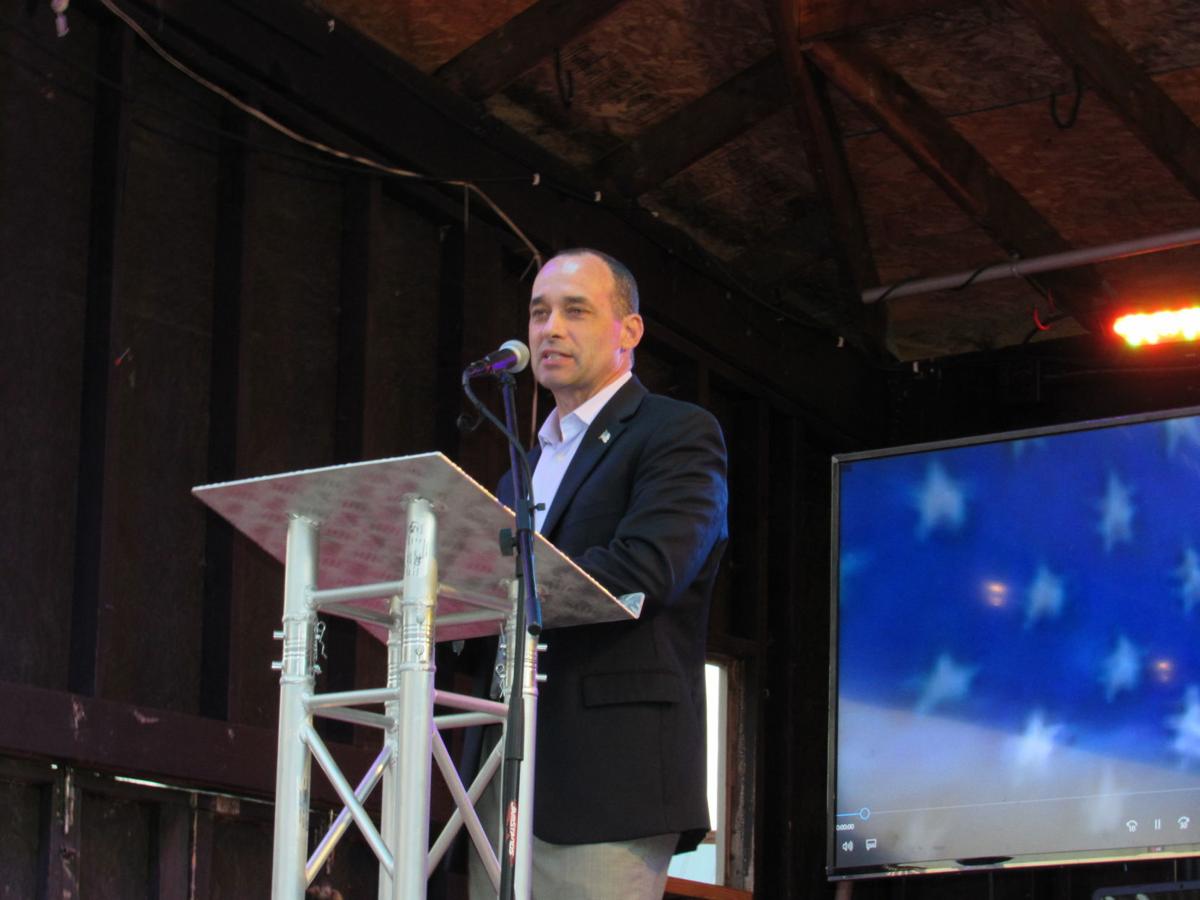 Two Republican candidates visited Mango’s Bar and Grill at Bridgewater Plaza on Sept. 30 for a fundraiser hosted by the Proud Patriots of Smith Mountain Lake. The event was held to provide some last-minute support with Election Day just a few weeks away.

“Is this the most important election in our life?” Smith asked to a response of “yes” from the audience. She encouraged those in attendance to support both candidates.

Gade was the first to speak for the night, highlighting his career of serving as a lieutenant colonel in the U.S. Army, a professor at the United States Military Academy and American University and a members of George W. Bush’s administration. He said he has always chosen to serve his country throughout his career.

“When I’m in a fork in the road to serve or not serve, I always serve,” Gade said.

While running for the U.S. Senate, Gade said, “The left has gone completely insane.” He said he thought the election was going to be on keeping President Donald Trump’s economy going and keeping the deregulatory agenda of the Trump administration and fighting for pro-life values and religious freedoms.

“They have decided now is the time to go full Socialist left,” Gade said. He cited current calls to defund the police as one of the polices that he is against.

“If there is a more absurd, evil public policy idea than defunding the police, I don’t know what it is,” Gade said.

While Gade is currently behind in his race against Sen. Mark Warner, according to many recent polls, he asked those attending the Sept. 30 event to continue to give their support.

“This is a winnable race, y’all,” Gade said.

Good echoed the importance of this year’s election when he arrived at the stage to speak. He called it the “most important election of our lifetime.”

Good is currently running a tight race against Democratic challenger Cameron Webb. The two are running to take the seat of Denver Riggleman who lost the Republican nomination to Good at the party’s district convention held earlier this year.

Good touted Trump’s record during his nearly four years as president as one of the main issues on this November’s ballot. He said Trump as president moved 5.6 million people off of food stamps, 2.4 million out of poverty and dropped unemployment to historic lows.

Good said candidate for president Joe Biden would cut the tax cuts put in place by Trump, claiming Webb also supports their repeal. Good said he was also against the Green New Deal supported by several members of the Democratic party and recent calls for a single-payer health care system.

With just weeks to go in the election, Good admitted that the race between himself and Webb was close. He said Democrats have been successful in fundraising during this election and asked those in the audience to contribute.

“This is our district,” Good said. “The 5th district is a Republican district, and we are going to keep it.”

Mark and Nicole Redden, owners of The Grand at 290, are surrounded by Rocky Mount and Franklin County officials, along with members of the Smi…

Boxwood blight is a fungal disease that was first introduced into the United States in 2011 in North Carolina and Connecticut, through the nur…

At press time, VDH reported 662 cases of COVID-19 in Franklin County, with 26 hospitalizations and four deaths.

Riders get wet, muddy for charity

U.S. Senate candidate Daniel Gade spoke with attendees at the Republican fundraiser at Mango’s Bar and Grill on Sept. 30.