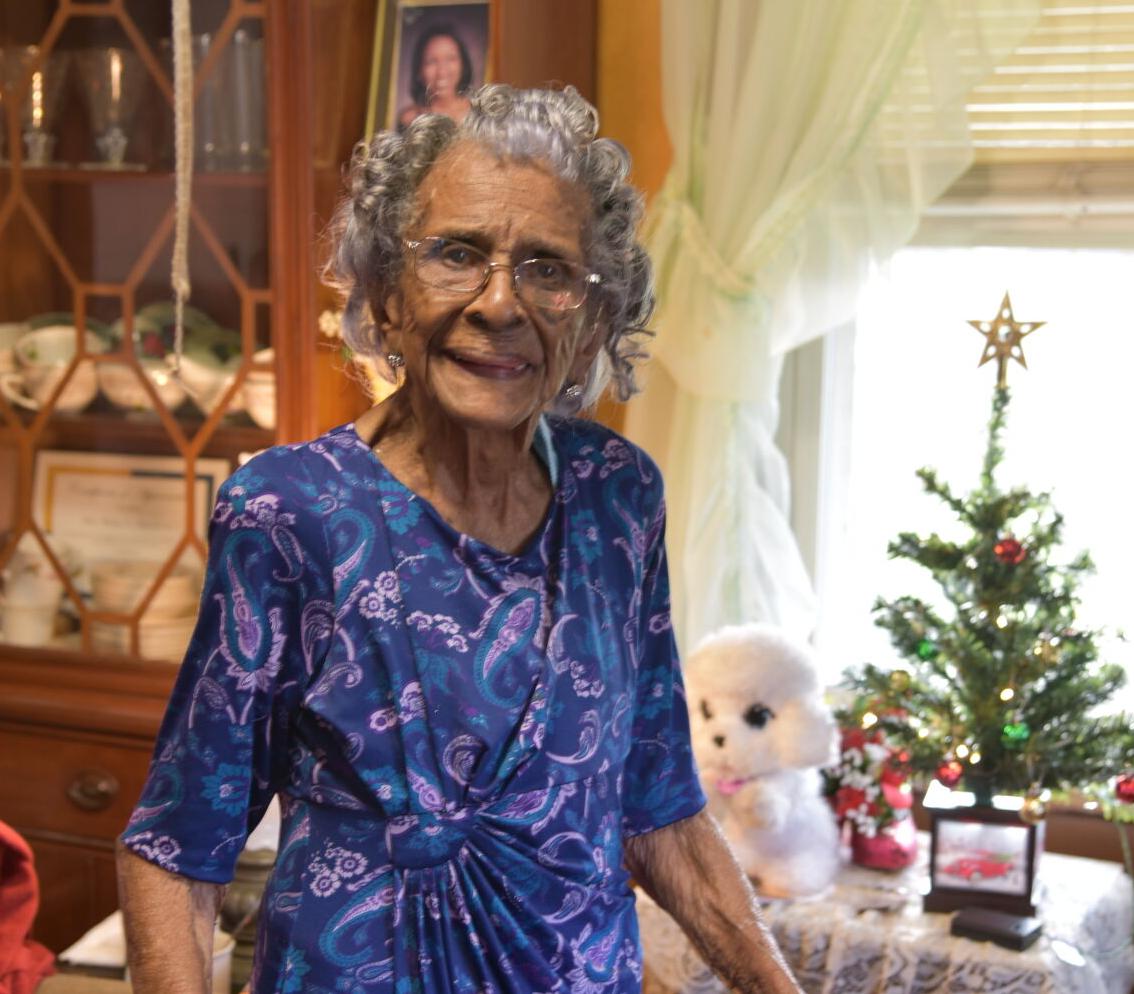 Rubie Meadows stands for a photo by a miniature Christmas tree in her Rocky Mount home. 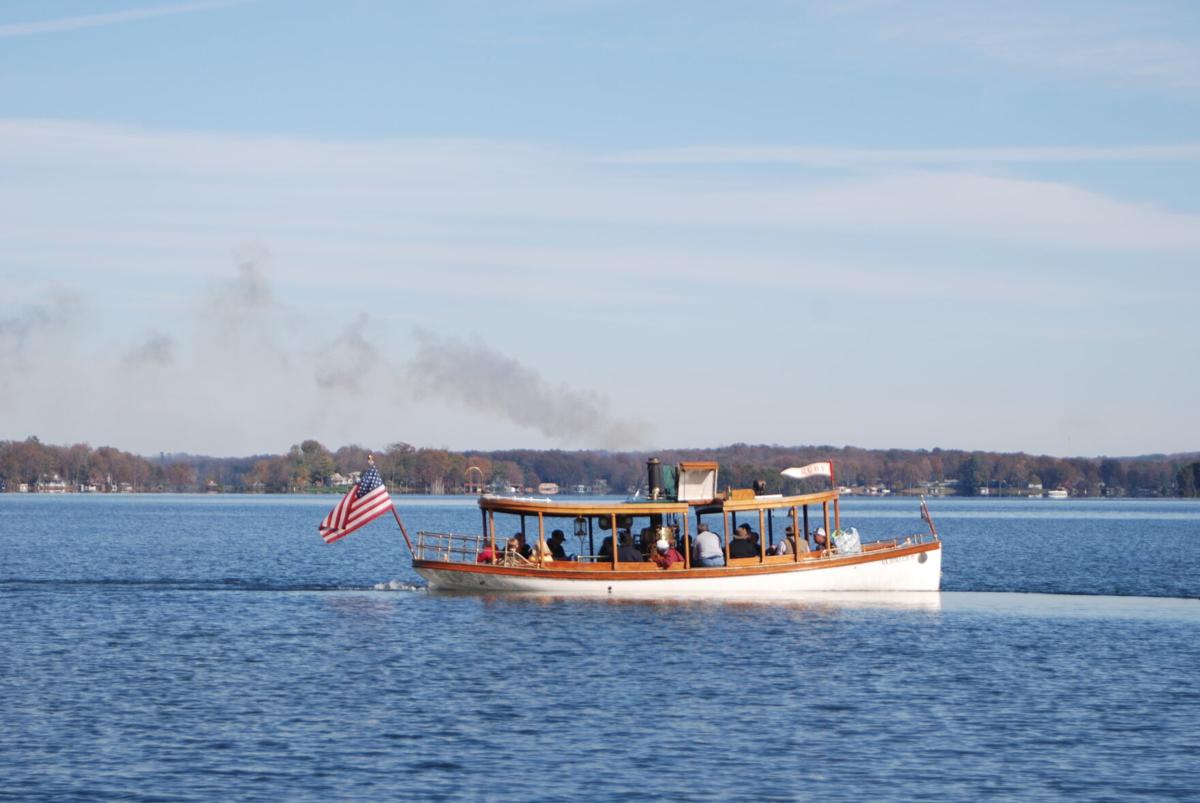 In a coincidence too funny to be made up, 102-year-old Rubie Meadows recently saw a story in the newspaper about an antique boat with the same name as her and an engine as old as she is.

It’s not every day that a Rocky Mount centenarian opens the local newspaper to see a Victorian steamboat with the same name as hers and equipped with an engine the same age as she is.

“Nobody would’ve really believed it,” said Judy Early when her 102-year-old grandmother, Rubie Meadows, read the story, “Antique gem sets sail at lake,” in the Nov. 20 issue of The Franklin News-Post.

Born on Feb. 9, 1918, Meadows was one of 12 kids who grew up on a farm just south of downtown Rocky Mount. The home that she still lives in sits a stone’s throw from the farm where she grew up.

Meadows recalled her father teaching her how to chop weeds and shuck corn. “I knew how to do most anything,” she said.

Early said her great-grandfather grew tobacco and corn and also had an apple orchard. “You name it, they had it,” she said.

From that early age, Meadows worked non-stop, whether it was as a cook at Ferrum College and the county jail or as an office assistant with the Southern Virginia Child Advocacy Center, a job she held until age 90.

“All I’ve ever seen her do is work,” said Early, who helps take care of her grandmother.

Meadows recalled growing her own garden and working the rototiller by herself.

Until about two years ago, Meadows continued cooking some of her favorite dishes, including pinto beans, corn pudding and greens that Early said are well-known in the community.

“That was her signature dish when we’d go to church” at Morningside Baptist Church, Early added.

When asked what made them so good, Meadows just smiled and shrugged. “It’s the seasoning, I guess,” she said.

At 100, Meadows saw the ocean for the first time during a visit with Early to Myrtle Beach. As Early showed a video of Meadows standing at the water’s edge, she laughed at her grandmother’s giddiness. “I was looking at the beach through her eyes,” she said.

These days, because of COVID-19, Meadows is unable to visit with family as much as she’d like to. “It’s so sad they can’t come around,” Early said.

Next spring if coronavirus restrictions have been lifted by then, Early said there definitely will be a coordinated family gathering. “If it’s the Lord’s will, we have got to have a portrait with her,” she said.

When asked what the secret to her longevity was, Meadows just smiled and said quietly, “I try to live right and love people.”

Rocky Mount has fired two town police officers who have been charged by federal authorities with participating in the Jan. 6 riot in the U.S. …

How Video Games Can Help (Not Hurt) Mental Health

How Video Games Can Help (Not Hurt) Mental Health

Rubie Meadows stands for a photo by a miniature Christmas tree in her Rocky Mount home.

In a coincidence too funny to be made up, 102-year-old Rubie Meadows recently saw a story in the newspaper about an antique boat with the same name as her and an engine as old as she is.