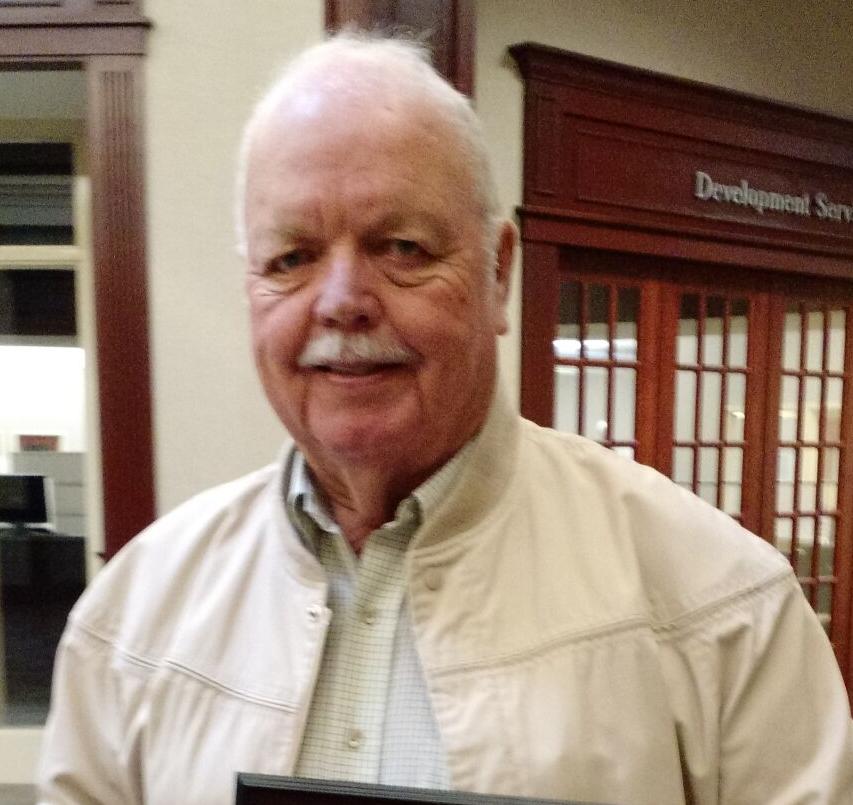 Edmund "Doc" Law holds a resolution of appreciation given to him by Franklin County for his 44 years serving on the county's planning commission and for his 25 years on the board of zoning appeals. 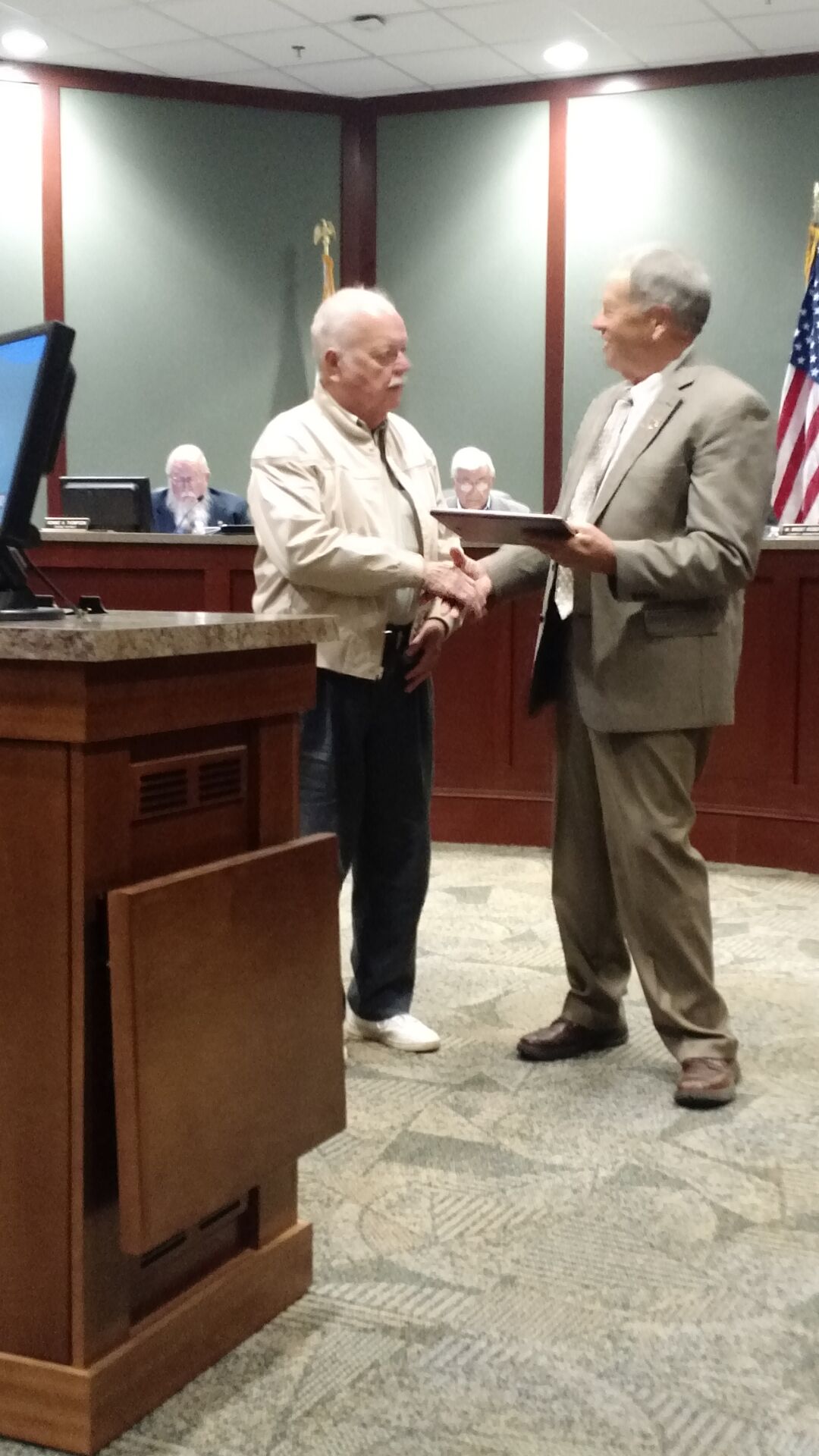 Edmund “Doc” Law (left) accepts a resolution of appreciation Cline Brubaker, then chairman of the Franklin County Board of Supervisors.

For most of his adult life, Edmund “Doc” Law has been in service to others.

He served in the U.S. Army and later the National Guard. He worked as a service manager at area Ford dealerships, including Ramsey Ford in Rocky Mount. He was a member of the Jaycees, a leadership training and civic organization.

Appointed by (now-retired) Judge William Alexander, Law served on the county’s Board of Zoning Appeals, a post he held for 25 years. But perhaps his longest stint of service was as a member of the Franklin County Planning Commission.

“He was on the planning commission when I was in college getting a degree in planning,” said Lisa Cooper, Franklin County’s principal planner.

Although she had researched it, Cooper couldn’t confirm for sure if Law was the longest serving planning commission member in Virginia. “If he’s not, he’s got to be close,” she said.

Law grew up in the Sydnorsville area of Franklin County and attended Rocky Mount High School. After serving five years in the military, Law and his wife built a home in what is now part of the Town of Rocky Mount.

Law was working in his backyard garden one day when his neighbor, Dusty Rhodes, who was a supervisor at the time, asked Law to be on the planning commission. “I asked him, ‘What’s that,’” Law recalled of his conversation with Rhodes. “He said, ‘Damn if I know.’”

While he might not have known exactly what his role might be when he joined the planning commission in September 1974, he spent 44 years helping guide and shape the county’s future development before leaving the post in April 2018.

One of the most important stints of his tenure involved the county adopting zoning for specific areas, including for neighborhoods around Smith Mountain Lake.

“Didn’t nobody want to be zoned for a while,” Law said. But once residents understood the importance of zoning, they got on board. “Zoning has its benefits.”

Cooper said planning commission members are essential to the success of a community. “It’s a lot of work,” she said of what members have to do. “They have to make the tough decisions of the type of recommendations to make to the board of supervisors.”

Law’s son, Derek, said he appreciates how his father treated everyone the same, regardless of who they were, in all facets of his career, including during his time as a planning commission member.

“He was there to do what was right for the community,” Derek Law said of his father.

Earl Webb, who served with Law in the Jaycees and later as chairman of the planning commission, recalled Law’s service.

“He was pro-development, I would say,” Webb said. “And I felt the same way.”

When asked how he envisions the county will develop in the future, Law, now 86, remained optimistic.

“Well, they’ve got the park,” he said referring to Summit View Business Park. “I think it’ll do good. I think Franklin County is a better county than most. I think this county has a lot to be proud of.”

The younger Law added that his father’s legacy will continue to live on. “For the respect and love he showed this county,” Derek Law said. “People know what’s around them now is in part because of what he contributed.”

Cooper added, “We were just fortunate to have him with us as long as we did on the board.”

Rocky Mount restaurants recently were granted an extension for temporary outdoor seating until April 30, 2021 due to the ongoing COVID-19 pand…

Bojangles employee hangs up her apron

Edmund "Doc" Law holds a resolution of appreciation given to him by Franklin County for his 44 years serving on the county's planning commission and for his 25 years on the board of zoning appeals.

Edmund “Doc” Law (left) accepts a resolution of appreciation Cline Brubaker, then chairman of the Franklin County Board of Supervisors.