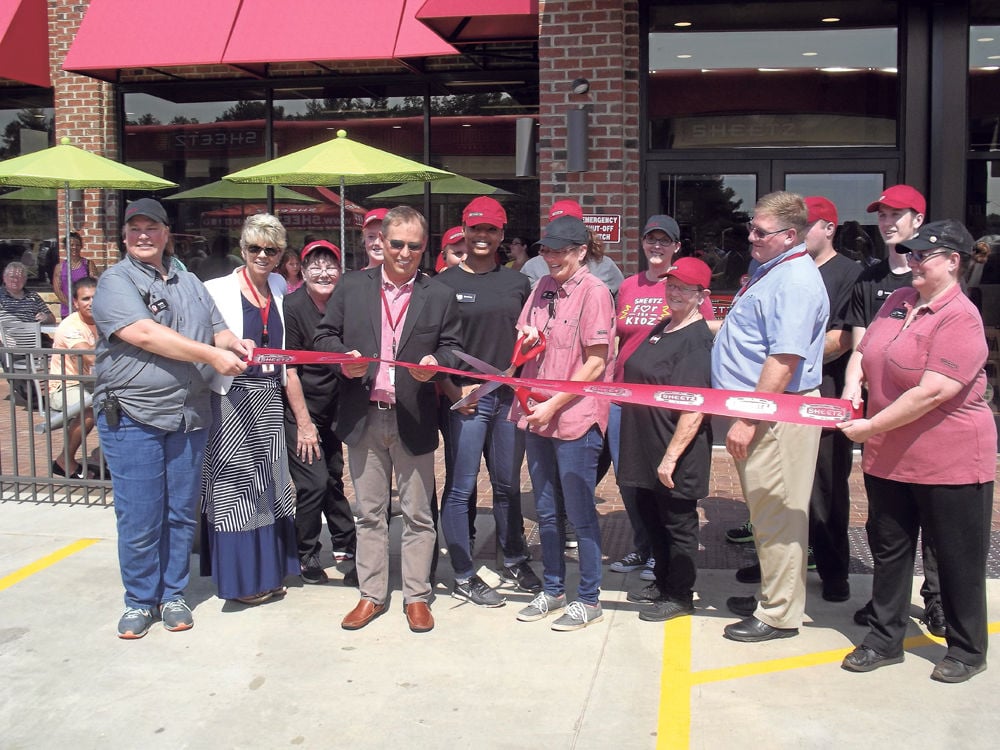 President and CEO Joe Sheetz (forefront in pink shirt and black jacket) and his employees at the U.S. 220 Sheetz location cut the ribbon in front of the store Thursday, officially opening the site for business. 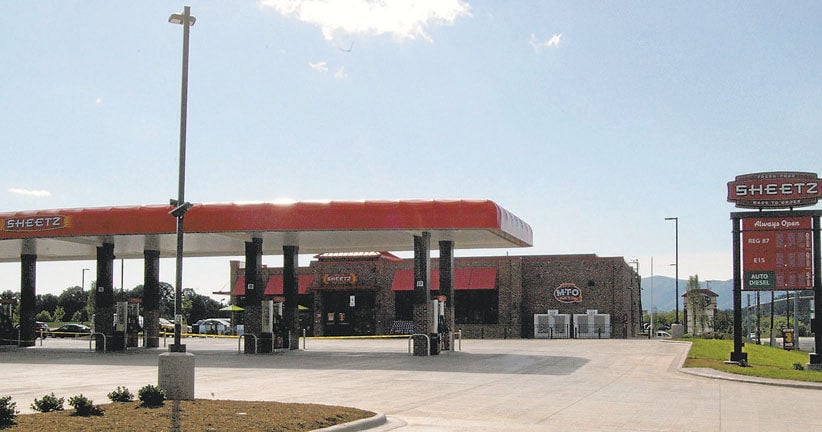 The new Sheetz location is located on U.S. 220 adjacent to Tractor Supply, north of Rocky Mount.

Approximately 100 people attended the grand opening event that featured give-away prizes, a ribbon cutting and speeches by community leaders and Joe Sheetz, president and CEO of the company.

The site features a car wash, 24-hour dine-in seating and an ice cream station in addition to the usual Sheetz fare of gasoline, coffee, convenience store items and its MTO quick-service restaurant.

As part of the opening celebration, Sheetz presented a $2,500 check to Special Olympics of Virginia.

In an interview, Joe Sheetz said the move to build a second Sheetz in Franklin County was made to capture different types of traffic.

“The Rocky Mount location is for local traffic,” he said. “This new location will service not just this community but all through traffic.”

The idea for a new Sheetz at 20281 Virgil H. Goode Highway first hatched when Virginia Furniture Market, the owner of the property, cold called Sheetz to gauge its interest in becoming a tenet at the location.

Joe Sheetz said most of the company’s growth in recent years has been in North Carolina and Northern Virginia. Now it is time for a change.

“We’re excited to be opening something new,” Sheetz said. “We haven’t built anything new in this part of Virginia in a while. Now we’re coming back.”

The company recently made major renovations to its store in Ridgeway. According to Sheetz, an average of 30 new stores open each year with another 10 existing locations being remodeled.

Joe Sheetz pointed out the ability this location has to host tour buses. He cited the large parking area and the mixed selection of Made-To-Order food and ready-made food as indicators the store could handle a sudden influx of 50 of more touring customers.

Many prizes were given away to participants during the event, including several $250 Sheetz gift cards and a $1,000 Sheetz gift card. The lucky winner of that last prize was Kenneth Barker of Siler City, North Carolina. Barker works for GC Construction and labored on this Sheetz building project since construction began Feb. 28.

When asked what he’ll do with his gift card, Barker said he’ll be stopping by Sheetz many times in the future to “grab some gas and get something cold to drink.”

Sheetz operates 556 stores in six states — Ohio, Virginia, Maryland, West Virginia, North Carolina and Pennsylvania — from its headquarters in Altoona, Pennsylvania. The company is owned and run by the Sheetz family. Joe Sheetz’s uncle founded the enterprise in 1952 as a small general store in the quaint Pennsylvania community that still serves as its base, located off U.S. 220.

OVERTON IS LAID TO REST

Justin Smith claims that he was forced to resign after supporting two female employees who said they were harassed by the police chief.

The Franklin County Sheriff's Office issued a press release today stating that it is seeking the public's assistance in locating a missing adult.

A Moneta woman was killed Friday morning in a crash in Franklin County.

A Franklin County woman filed a lawsuit against Famous Anthony’s, alleging that she contracted hepatitis A from eating at one of the chain’s restaurants.

New indictments charge a Rocky Mount man with murder in the death of his 7-year-old step-grandchild as well as bring cases against two other members of the family, according to court records and authorities.

The Town of Rocky Mount held a press conference on Oct. 12 to make the public aware that it will begin using a new side-loader truck for solid…

President and CEO Joe Sheetz (forefront in pink shirt and black jacket) and his employees at the U.S. 220 Sheetz location cut the ribbon in front of the store Thursday, officially opening the site for business.

The new Sheetz location is located on U.S. 220 adjacent to Tractor Supply, north of Rocky Mount.