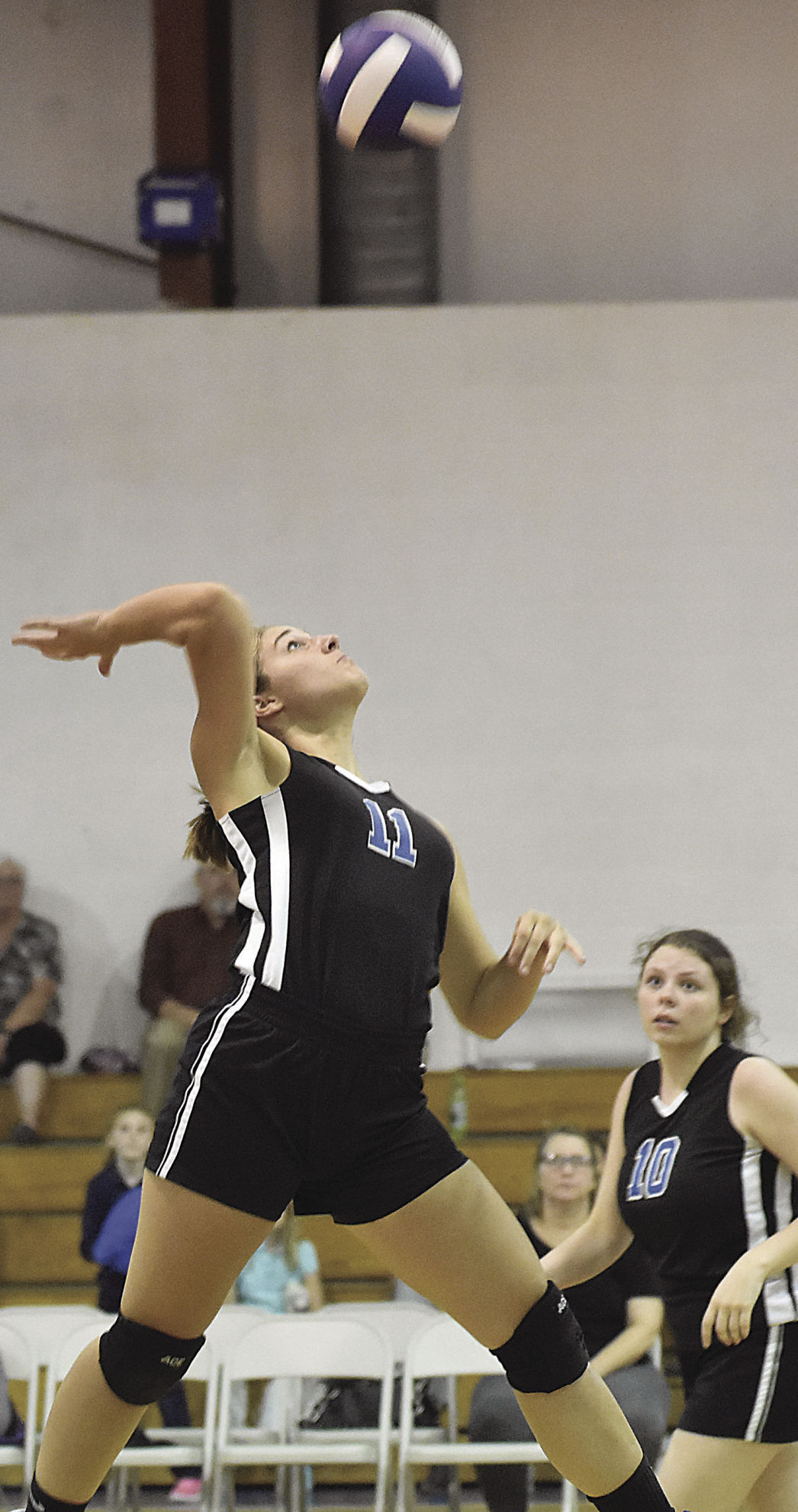 Savannah Novak goes on the attack for Christian Heritage Academy during a home match played in 2019. 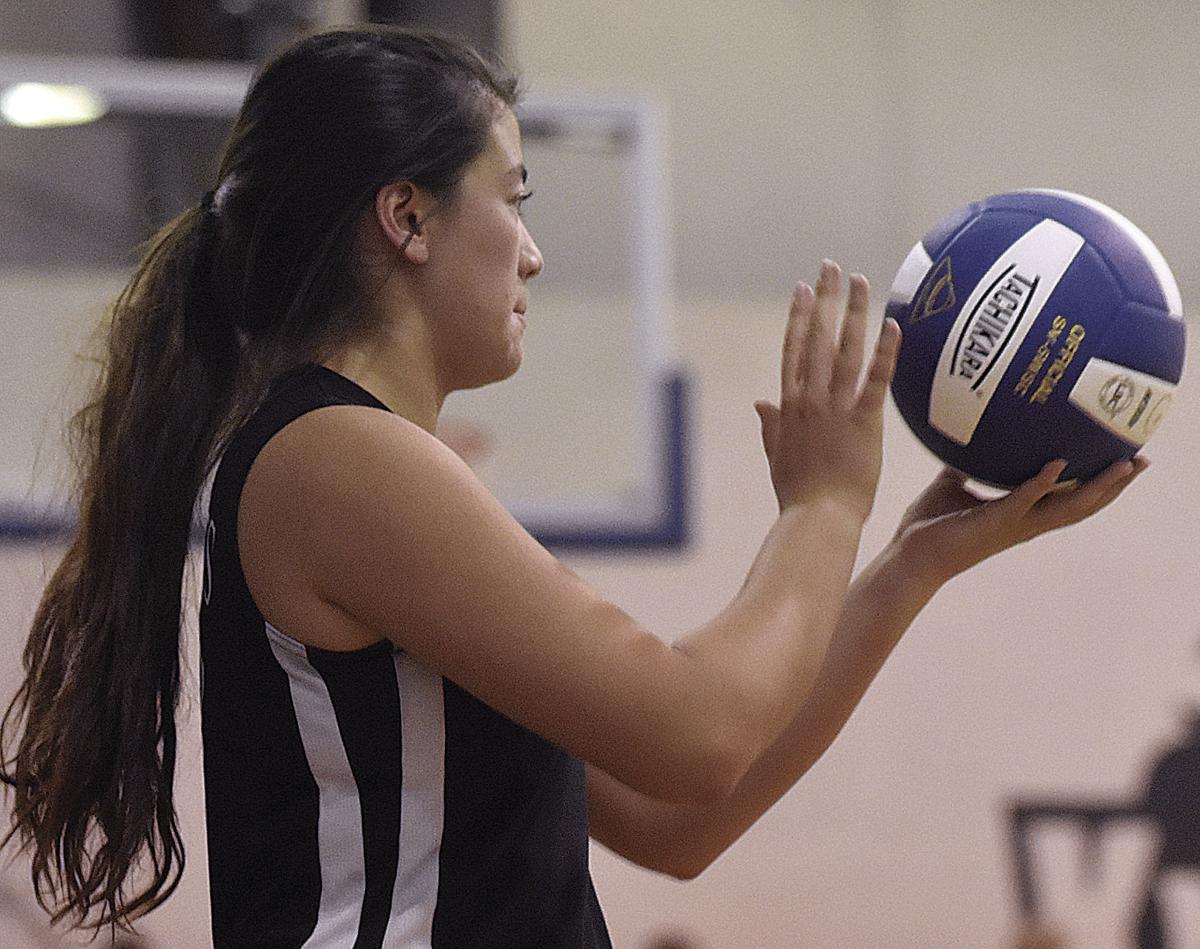 EmilyAnn Jones prepares to serve for the Knights. She is one of five seniors who will start their final high school volleyball season in October. 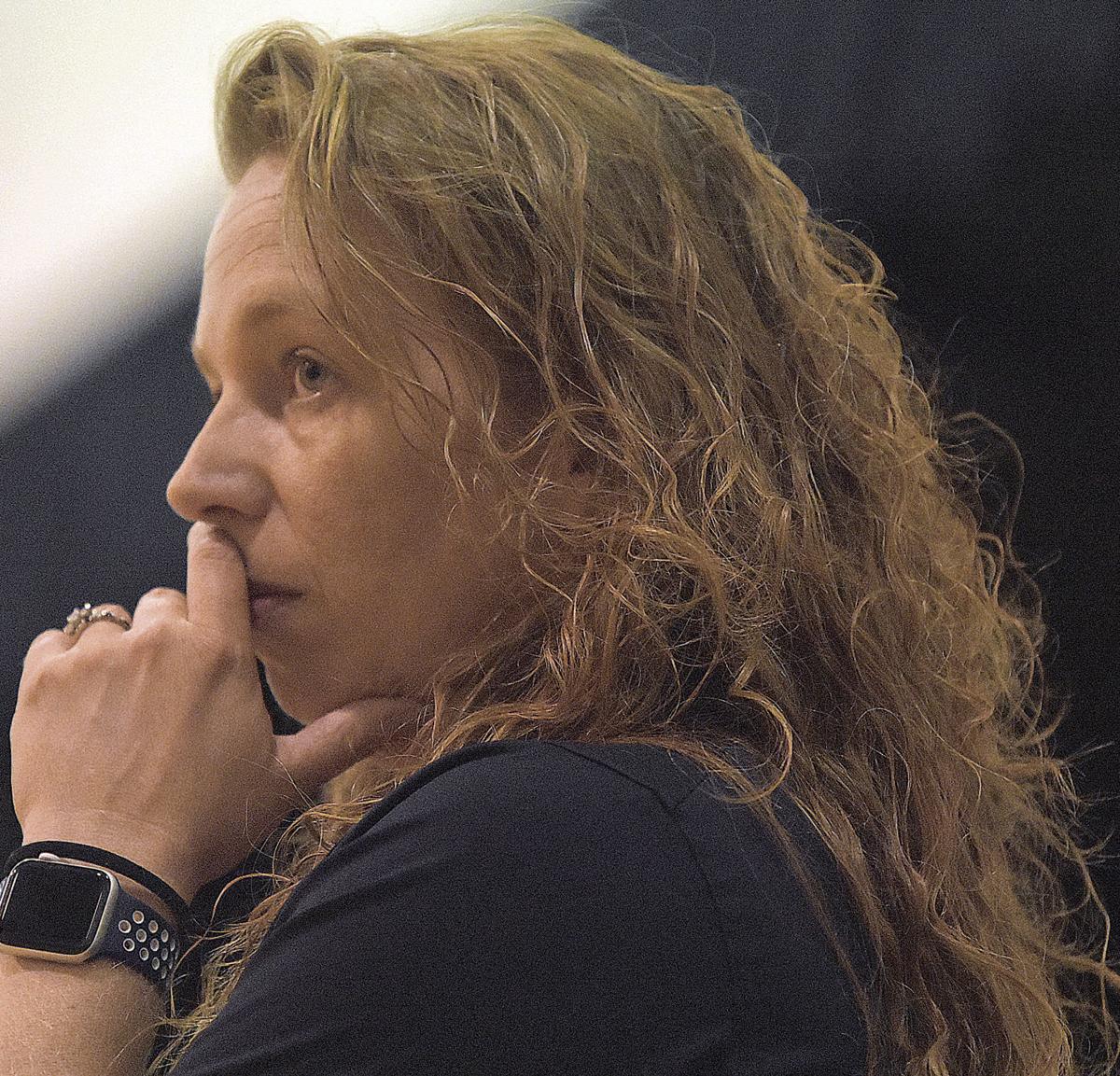 The Virginia Association of Christian Athletics (VACA) has opted to play sports this fall under a plan adopted Wednesday, but because actions taken due to the COVID-19 pandemic are fluid, so are the organization’s options to start its 2020 season.

Christian Heritage Academy in Rocky Mount and Smith Mountain Lake Christian Academy (SMLCA) in Moneta are members of the VACA.

CHA begins its cross country seasons when school starts September 9. Schools in the association that field tennis teams — CHA does not sponsor the sport — can start when classes begin.

The Knights’ girls volleyball season will be delayed; competition starts October 19 and runs through December 12.

Schools with boys soccer can compete during that period too, but CHA will not offer boys soccer at the middle school or high school levels because of numbers, Associate Athletic Director Nancy Castillo said in an email Wednesday.

The winter sports campaign starts January 4, 2021 and runs through March 6; the spring season starts March 8 and finishes May 15.

A Plan B that’s similar to the one passed by the Virginia High School League’s (VHSL) Executive Committee has been passed by the VACA and should it need to be implemented, there would be no fall sports play and the campaigns would be condensed.

These plans were passed at a league meeting conducted at Ridgeview Christian School in Stuarts Draft. Some attended in person, others viewed it by video link, according to published reports.

Christy Williams, who played for Castillo during her distinguished coaching career at Franklin County, returns as the Knights’ volleyball coach. The squad has five seniors, including team leaders Savannah Novak and EmilyAnn Jones.

Because of the plans, schedules will need to be reworked.

“I had basketball, volleyball, everything scheduled until about three hours ago (Wednesday),’’ Castillo said.

“Cross country will take a beating because a lot of the meets (the teams) went to were with public schools. The other schools in the VACA that do have cross country, we’re just going to try and host each other as many times as possible.’’

“They didn’t come right out and say it, but I feel sure we’re going to have to go with our (district) schools first, playing everybody twice,’’ Castillo said. “(Non-district teams), we try to play once if travel allows that.

“The ultimate goal is to keep everybody safe. I understand (that) completely, and there is no wavering from that.’’

SMLCA fields teams in volleyball, cross country and men’s soccer in the fall, boys and girls basketball in the winter and baseball, girls soccer, golf and tennis in the spring, according to its website.

The Roanoke Times contributed information to this story.

Savannah Novak goes on the attack for Christian Heritage Academy during a home match played in 2019.

EmilyAnn Jones prepares to serve for the Knights. She is one of five seniors who will start their final high school volleyball season in October.