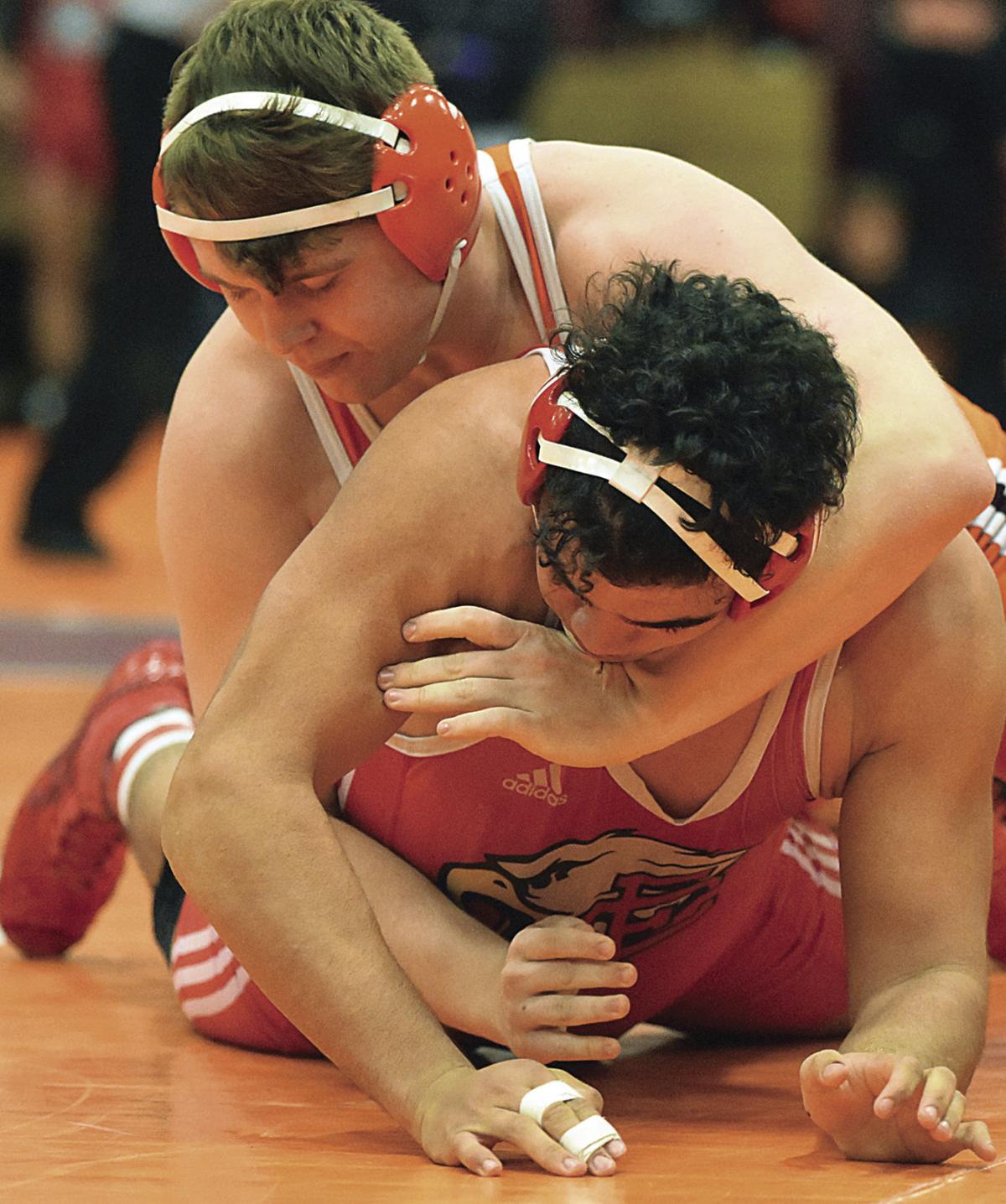 Franklin County will have two wrestlers representing the Eagles on Friday and Saturday at the VHSL Class 6 state tournament.

Bryson Chrisman finished third for the Eagles at 220 pounds, while Shane Shepherd took fourth at 113.

Chrisman pinned Thomas Dale’s Zeke Amissah in 2 minutes, 55 seconds in his consolation match. He will open up on Friday against Oakton’s Ian Roudybush.

Shepherd will be taking on a region champion, drawing Patrick Maglathin of Hayfield.

In the regional tournament, Oscar Smith edged Kellam 296-284 to win the team title. Franklin County was seventh with 85 points.