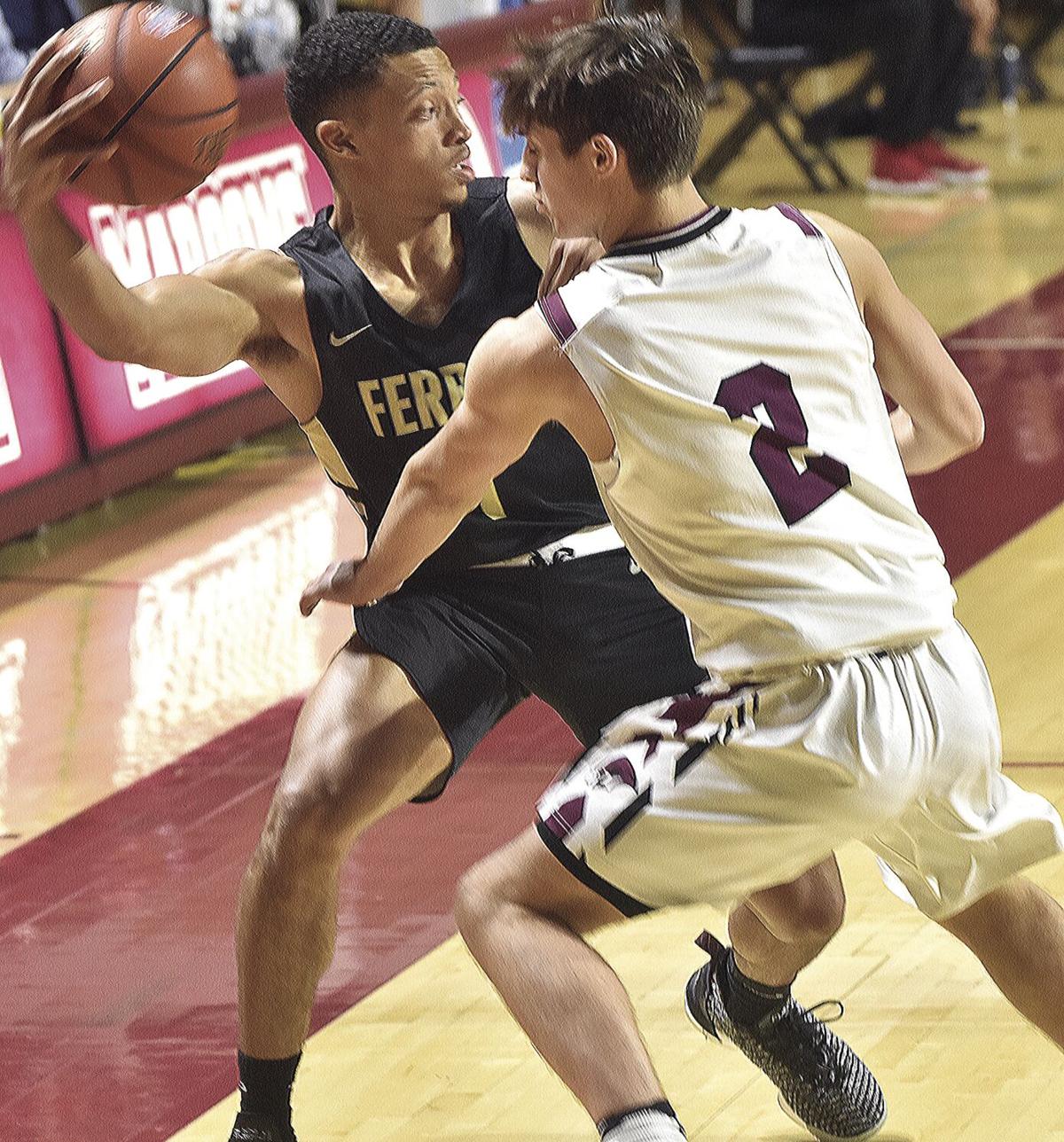 Ferrum College’s Kajuan Madden-McAfee is challenged by a Roanoke College defender during a regular-season conference contest between the Panthers and the Maroons. 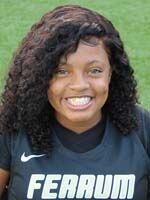 FOREST—Ferrum College senior guard Kajuan Madden-McAfee has received accolades for his skill on the court and his acumen in the classroom by the NCAA Division III Old Dominion Athletic Conference (ODAC).

Madden-McAfee, a second-year performer for the Panthers who hails from Harrisonburg, is this year’s Virginia Farm Bureau Insurance Scholar Athlete of the Year for men’s basketball and also Ferrum’s lone all-conference honoree.

This past season, Madden-McAfee served as team captain and maintained a 4.0 grade-point-average (GPA) with a major in applied mathematics and a minor in educational studies.

“We are so proud of Kajuan. He has exemplified what we want in our program since he has been here,’’ Panthers head men’s basketball coach Tyler Sanborn said in a release from the college.

“He is so consistent in the way he works, both on an off the court. This award is a great honor for him and speaks volumes as to who he is,’’ Sanborn said.

Madden-McAfee’s cumulative GPA is 3.89. He has been a Ferrum President’s List honoree for all but one semester of his enrollment and an honoree on the ODAC All-Academic team.

Madden-McAfee is a two-year starter and has helped lead the Panthers to back-to-back winning seasons, a feat that had not been accomplished since 2007-08 and 2008-09.

The Panthers qualified for the ODAC’s postseason tournament for the first time during Madden-McAfee’s first year. They defeated Emory & Henry College in a first-round game at William P. Swartz Gymnasium before falling to Virginia Wesleyan University—the eventual tournament runner-up—in the quarterfinals at the Salem Civic Center.

This past season, Ferrum claimed the No. 2 seed for the tournament and defeated Shenandoah University in the quarterfinals. In the semifinals, Ferrum fell to the University of Lynchburg—the eventual tournament runner-up. Both games were contested at Swartz Gym.

“This is a well earned honor for Kajuan and our men’s basketball program,’’ Ferrum Director of Athletics John Sutyak said.

Madden-McAfee averaged 15.6 points-per-game and 7.8 rebounds-per-contest, ranking him ninth in the ODAC.

Madden-McAfee scored in double figures in 11 of 13 games and surpassed the 20-point mark six times.

Madden-McAfee had three double-doubles (scoring and rebounding) to his credit. Two of those were achieved in postseason play.

“Kajuan came to Ferrum as a transfer student...and has made an impact, not just on the court as a leader, but also in the classroom. I couldn’t be more thrilled for him....’’

Off the court, Madden-McAfee is a member of Ferrum’s National Society of Leadership and Success, he was nominated as a student committee member for the Teacher Education Committee and he started a campus Bible study group called “TLF’’ (Truth Lasts Forever).

Eighteen players have been named to the all-conference team.

Anthony is first three-time Player of the Year in conference history.

Merkel has been voted Coach of the Year each of the last four years.

Randolph-Macon, which finished 12-0 this season, has captured nine league championships.

The Yellow Jackets were ranked No. 1 nationally by d3hoops.com.

A former prep star at Class 3 Magna Vista, Cabiness led the Panthers in scoring with 15.8 points-per-game. She made 40% of her shots from the field.

Cabiness, who hails from Martinsville, averaged 4.3 rebounds-per-contest and distributed an average of 2.4 assists-per-game.

Crump led the Hornets to the conference championship with a victory over Roanoke the finals of the post-season tournament. The championship is the Hornets’ second; their first was claimed in 2016.

Ferrum College’s Kajuan Madden-McAfee is challenged by a Roanoke College defender during a regular-season conference contest between the Panthers and the Maroons.