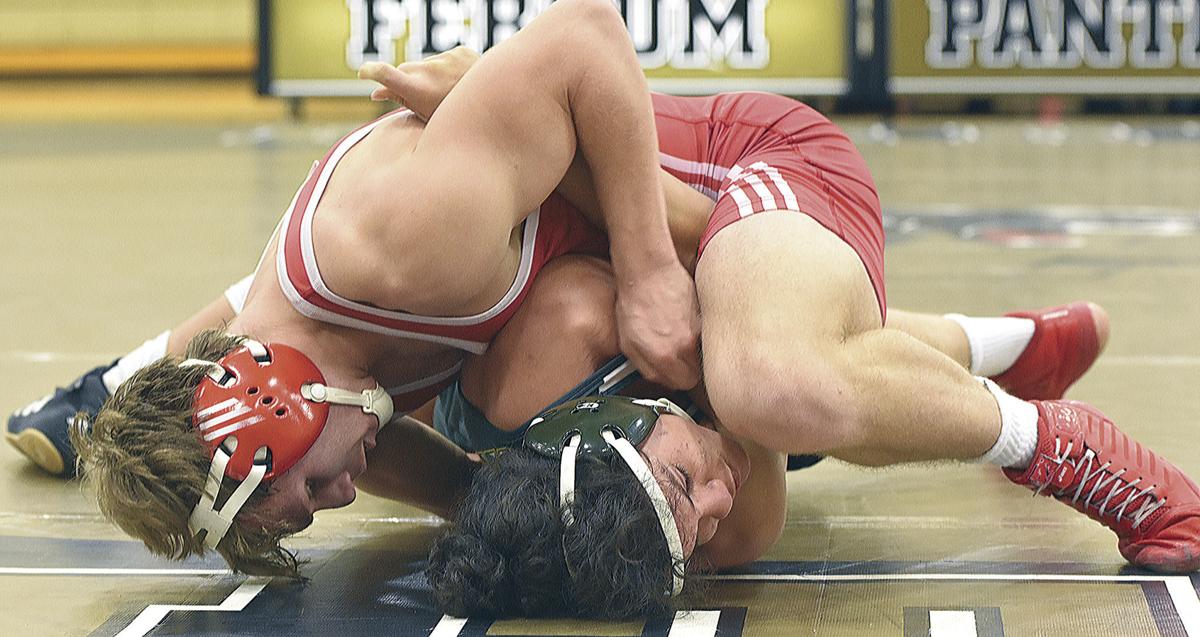 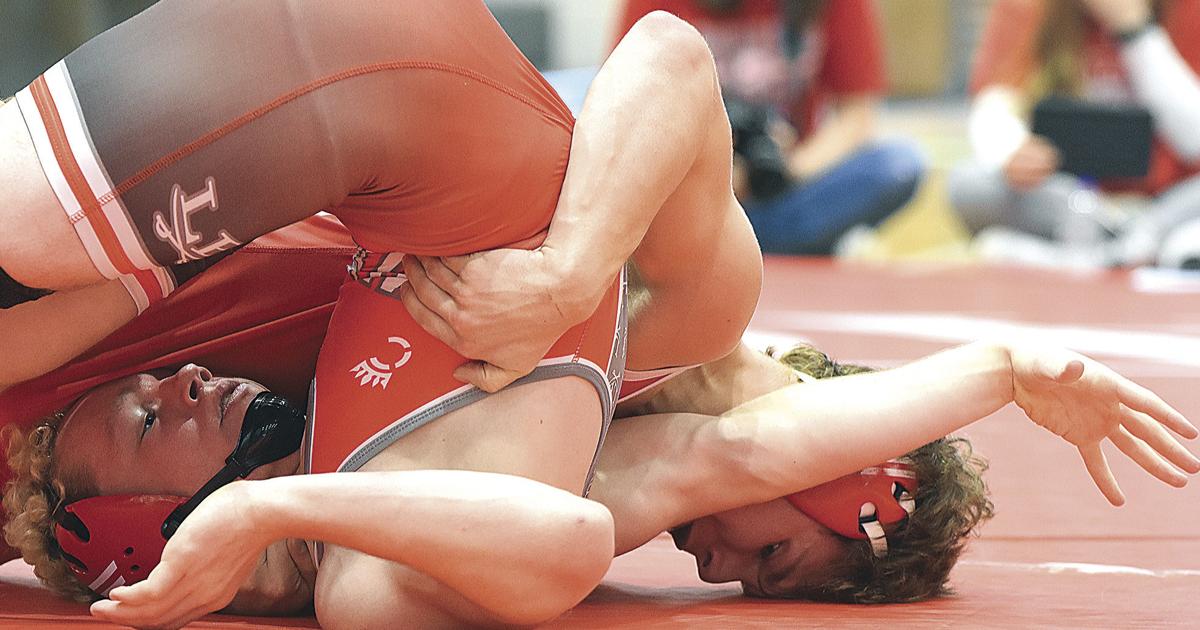 Brian Richards, a Franklin County graduate and former Eagles prep wrestling standout, is one of four recipients of the Stan Parker Memorial Scholarship for 2020, presented annually in honor of the former high school referee by the Roanoke Valley Wrestling Association (RVWA). Each scholarship is in the amount of $1,000.

Richards, who maintained a 2.6 grade-point average (GPA) at FCHS, is a three-year team captain, a two-time district champion, a regional champion and a two-time Class 6 state qualifier.

Richards has committed to continue his wrestling career at Patrick Henry Community College in Martinsville.

In the photo series, Richards is shown competing against a Northside foe at Ferrum College in the Eagles’ season opener and first Blue Ridge District dual match and in the 2020 Johnny Price Memorial where he earned Most Outstanding Wrestler accolades. Also receiving the Parker Scholarship are Justin Mutter of Staunton River, Caleb Shipwash of James River-Buchanan and Hunter Tallman of Covington.

Stadium drivers and cars are returning to FCS

Yes, we are talking about practice.

In NCAA Division III, has hit for the athletic seasonal cycle with Wednesday’s cancellation of championships in fall sports.

ROANOKE — For the third time in his career, Matt Chandler has won the amateur division championship of the Roanoke Valley Match Play tournamen…