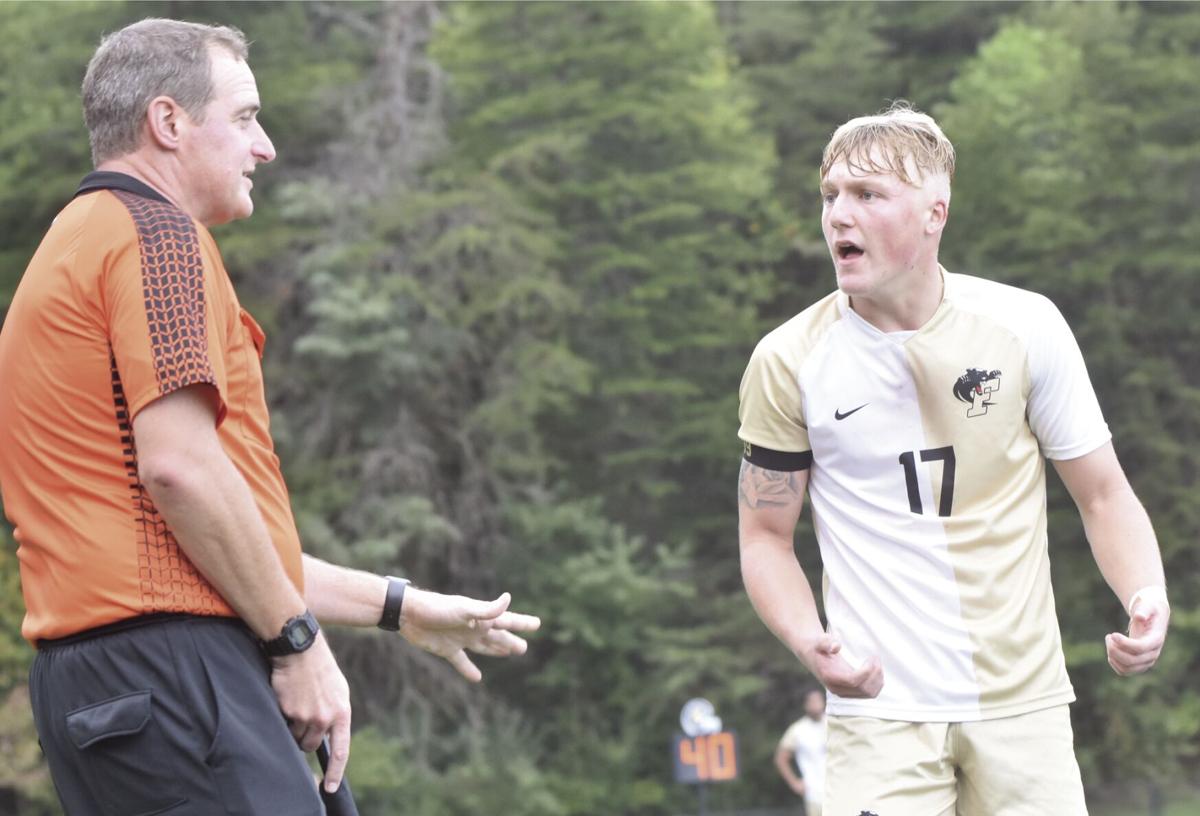 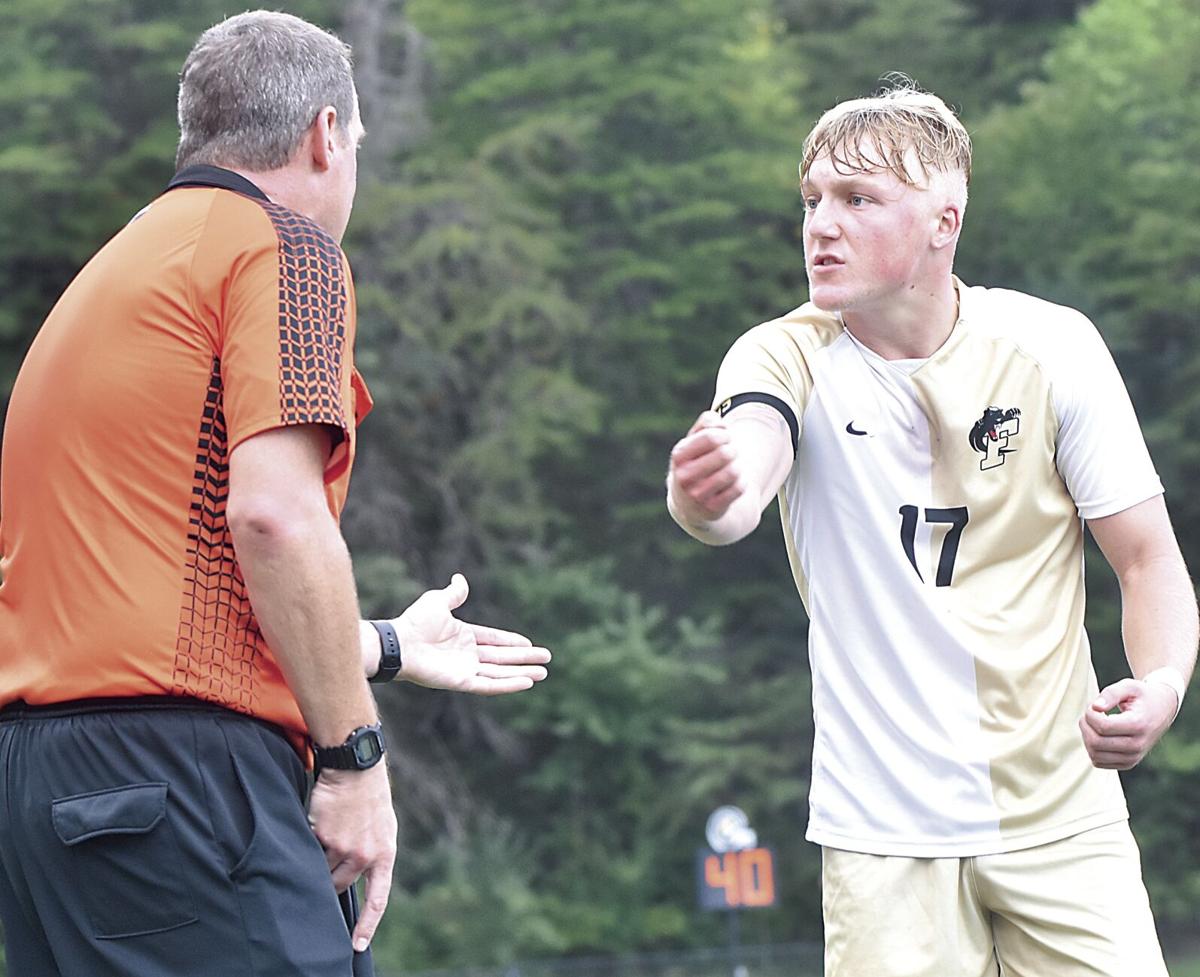 Ferrum College freshman Callum Harrison continues to plead his case with a sideline official on Sunday. 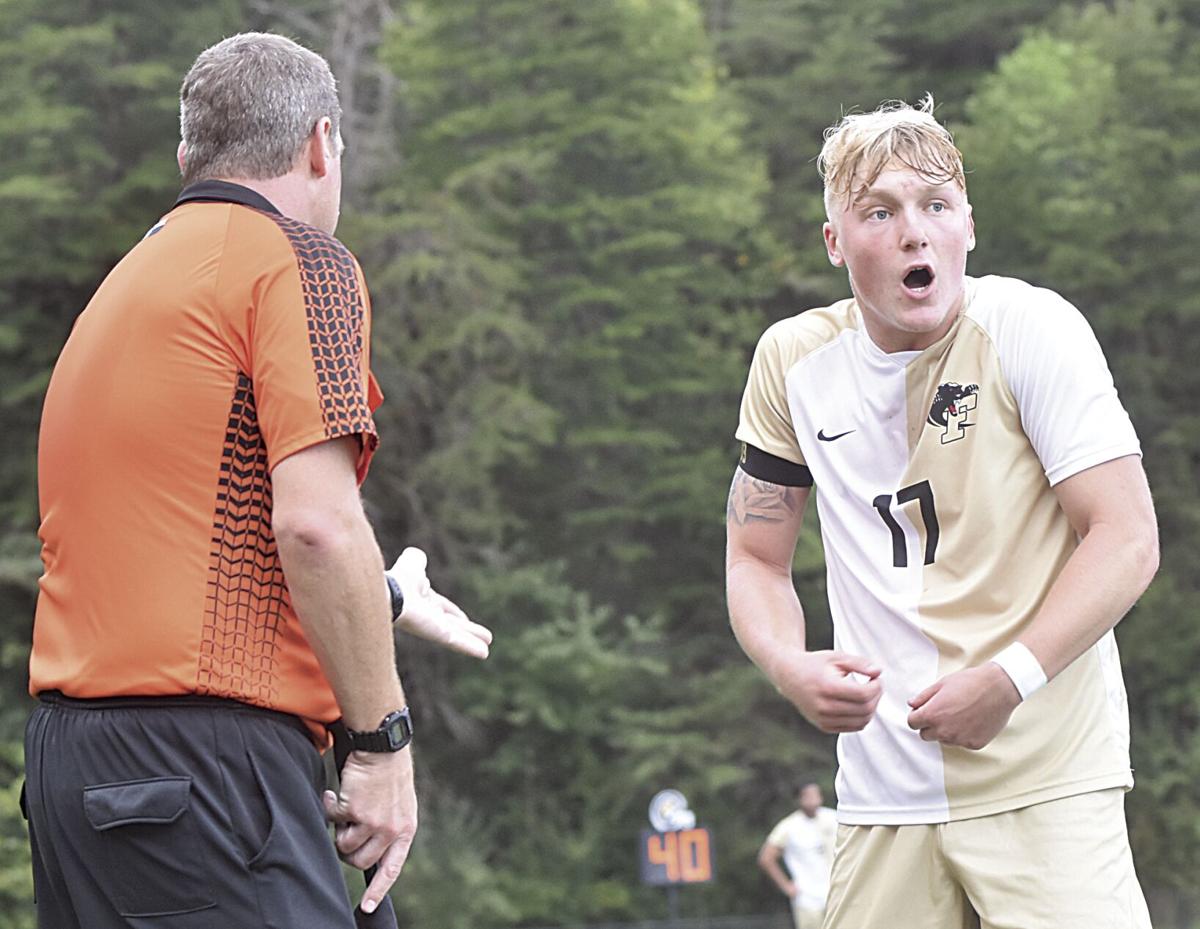 Eastern Mennonite entered Wednesday’s match with 29 losses and one tie in its last 30 encounters.

The Panthers have lost five matches this season by shutout.

Ferrum’s setback is its fourth in a row, all in conference play.

The Royals tallied two goals in each half.

All four of Eastern Mennonite’s goals were produced by an assist.

Ferrum was charged with two offsides violations, while Eastern Mennonite committed one.

The Panthers’ next match is Saturday’s homecoming contest against ODAC rival Randolph-Macon College.

ROANOKE—Franklin County’s Eagles performed a gridiron resuscitation Friday night that may have saved its season.

Ferrum College freshman Callum Harrison continues to plead his case with a sideline official on Sunday.