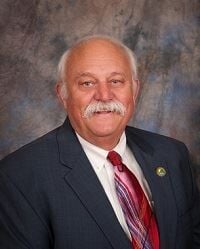 Steven C. Angle has filed for re-election to the position of Rocky Mount mayor, which he has held for nearly 16 years. Immediately before that, he spent 16 years as a member of the Rocky Mount town council. 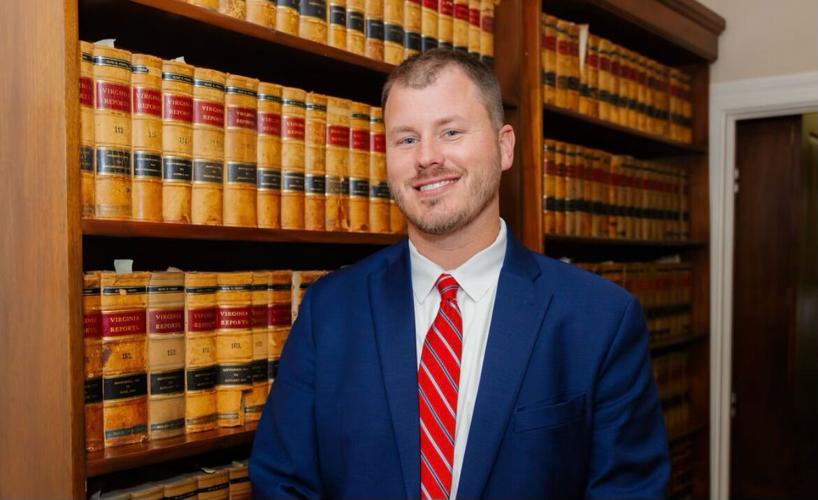 C. Holland Perdue III is running against incumbent Steve Angle for the position of Rocky Mount mayor. Perdue has served on the Rocky Mount Board of Zoning Appeals for four or five years.

Incumbent Steven Angle and challenger C. Holland Perdue III will appear on the ballot for the Rocky Mount mayoral election in November.

Angle, 69, has lived in Rocky Mount his entire life and he has served the community as an elected representative in some form or fashion since being elected to the town council in 1990. After 16 years on the council, he was elected mayor in 2006, an office he has held since then.

“(As) mayor of Rocky Mount, at the end of this term in December it’ll be 16 years,” Angle said.

For roughly a decade during his time as a town council member, Angle represented Rocky Mount on the West Piedmont Planning District Board of Commissioners.

“I also served as chairman of that board as well during my tenure on there,” Angle said.

Angle is retired now, but he had a 32-year career as a teacher, coach and administrator at Franklin County High School.

“Also I’m the stadium voice of the football team at the high school. This fall it’ll be my 45th year doing that,” Angle said.

Angle said he became involved in local government because he wanted to give back to the community.

“Growing up here, I’ve had connections here all my life. Rocky Mount is such a special place. I wanted to get involved and return something to the community that’s given me so much and helped me during my lifetime,” Angle said.

Angle said he’s just one of seven people, but that he and the council are proud of the growth Rocky Mount has experienced.

“Especially sustained growth with new businesses that have come in and established themselves,” Angle said. “We’ve made improvements in the wastewater plant and the water treatment plant — things that serve the public every day.”

Angle also noted the farmers’ market, which he said the town hopes to expand at some point, and the Harvester Performance Center. As for the future projects he hopes to continue working on?

Angle noted a grant that was received to do a study of the North Main Street corridor to see what kind of upgrades can be done there.

“We got a grant from the Tobacco Commission to help upgrade the vacant area and the industrial park in town, that we refer to as the Cox property, to make that more attractive to investors and possibly buyers,” Angle added.

Angle’s competition, Perdue, is a local attorney who currently serves as the chairman of the Rocky Mount Board of Zoning Appeals, of which he has been a member for four or five years.

“Most of the things the BZA hears are carports and just simple requests,” Perdue said. “Now we have had some more hotbed topics, like the hotel, lately,” Perdue said, referring to the property at 325 Franklin St.

That property, a former furniture store, is being redeveloped by Phillip Bane, who is one of the six people running for three seats on the town council in the November election.

There have been plans to turn the Franklin Street property into a hotel since at least 2018. The board of zoning appeals voted to approve a variance request for the property in April and in June voted to accept the property’s appeal of a zoning violation. Both votes went against the recommendation of town staff. The town of Rocky Mount filed an appeal of the April decision by the board of zoning appeals with the Franklin County Circuit Court, although the case was recently dismissed.

In both instances, Perdue voted to approve.

“I think the process I’ve learned there is that you’ve got to listen to both sides and just take that into consideration and look at what the rule is and apply it,” Perdue said.

Perdue said he thinks the town needs a change, and that’s why he’s running for mayor.

Perdue cited the profitability of the Harvester and said he would like to see more growth in downtown Rocky Mount.

Perdue owns a law practice in Rocky Mount, Raine & Perdue, and a few other small businesses, including the restaurant Anastasia’s — which he owns part of — and some rental properties in town.

Perdue grew up in the area and said that, after earning his law degree at the Appalachian School of Law, he returned to Rocky Mount to practice law with his father. He said he hopes his children will do the same, and that he believes downtown business growth is the way to make it happen.

Early voting for the Nov. 8 election begins Sept. 23 at local voter registrar offices. The deadline to register to vote in the election is Oct. 17. For more information online, visit elections.virginia.gov or call the Franklin County registrar’s office at 540-483-3025.

A little over a year after scrapping plans for a solar farm in Westlake, Energix US is proposing one at a new location in Wirtz. The company w…

The expansion of high-speed internet to underserved areas of Franklin County has taken significant strides in recent years. Thousands of addit…

For more than 30 years, the Bernard Healthcare Center has assisted uninsured patients who need medical care, prescriptions or a general checku…

The Franklin County School Board is seeking public input as it begins its search for the division’s new superintendent. A public hearing is se…

Steven C. Angle has filed for re-election to the position of Rocky Mount mayor, which he has held for nearly 16 years. Immediately before that, he spent 16 years as a member of the Rocky Mount town council.

C. Holland Perdue III is running against incumbent Steve Angle for the position of Rocky Mount mayor. Perdue has served on the Rocky Mount Board of Zoning Appeals for four or five years.