Nearly 30 former and current Franklin County residents addressed the Franklin County Board of Supervisors on Tuesday concerning the Confederate statue in front of the county’s courthouse. A majority who attended the meeting spoke in favor of removing and relocating the monument.

The issue was not on the agenda for Tuesday’s meeting. Each person spoke during the public comment time allotted for each meeting. The comments addressed a growing groundswell of public support to remove the monument.

More than 3,000 people have signed a petition on change.org to remove the Confederate statue. It was started by former Rocky Mount resident and current Roanoke resident LeKeith Tolliver, who spoke with supervisors at the start of Tuesday’s meeting.

“I want to make it clear that this is not an attempt to create hostility within the community, but rather to start an overdue conversation,” Tolliver said. “Confederate symbolism does not echo the morals and values that Americans live by. As such, Confederate symbolism should not stand front and center as representation of this town in 2020.”

Also at the start of the meeting, local historian Francis Amos spoke in favor of keeping the statue in place. He said moving the statue would be too costly for the county and that removing it would take away a piece of history.

“We learn by our errors and accomplishments and benefit by hindsight as to not repeat our errors in the future,” Amos said. “To remove our monument is to try to sterilize our history.”

Amos also said removing the statue would do nothing to end systemic racism and economic inequality that needs to be addressed. “This can best be accomplished otherwise,” he said.

Tolliver and Amos registered in advance to speak before the meeting began, while the other speakers waited several hours for the open public comment portion at the end of the meeting to share their views.

Following the public comments, supervisors did not speak on the issue or indicate if they planned to address the issue in the future.

The Confederate statue at the center of the debate was put in place in 1910 through a fundraising campaign by the Jubal Early Chapter of the United Daughters of the Confederacy. The original statue was destroyed when a vehicle crashed into it in 2007. It was replaced with a new statue, funded mostly by the driver’s insurance, in 2010.

None of those who spoke in favor of removing the statue on Tuesday asked that it be destroyed. Most were in favor of moving it to a new location, with many referencing the Jubal Early Homeplace as a possible destination.

Of the 27 individuals that spoke at Tuesday’s meeting, 19 were in favor of its removal. Several spoke about how the statue was a symbol of the past they would not like to be reminded of.

Henry Turnage said the statue should not be in front of a courthouse. “The proper place for this statue is not under the walls of justice,” he said.

Others asked supervisors to be part of the growing support to remove Confederate monuments and imagery. David Campbell mentioned Franklin County Public Schools’ recent decision to ban Confederate flags, as well as a similar decision by NASCAR.

“It’s time to decide if you are a Confederate or an American,” Campbell said.

Robert Meredith spoke in favor of keeping the statue where it is. He said removing the statue would do nothing to ease the growing racial tension and instead suggested erecting a statue of Booker T. Washington beside the existing Confederate monument.

Jerry Connor also voiced his support for keeping the statue. He said the monument should not be associated with slavery.

While supervisors did not indicate if they planned to take any action on the issue, they would be unable to do so until July 1 when a new law takes effect allowing local governments the ability to remove any war memorial on public property.

The law requires a locality to publish its intention to remove the statue, hold a public hearing and to provide an opportunity for local museums, historical societies, governments or military battlefields to take the statue.

Confederate monument controversy comes to a head in Franklin County

Confederate monument controversy comes to a head in Franklin County

LeKeith Tolliver asked the Franklin County Board of Supervisors to consider removing the Confederate monument from in front of the courthouse.… 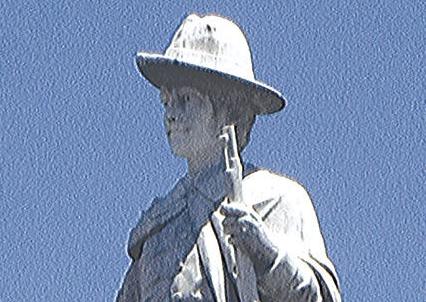 A sign at the base of the Confederate monument in front of the Franklin County courthouse urges its removal. The monument was replaced in 2010 after the original one was destroyed after being hit by a vehicle. 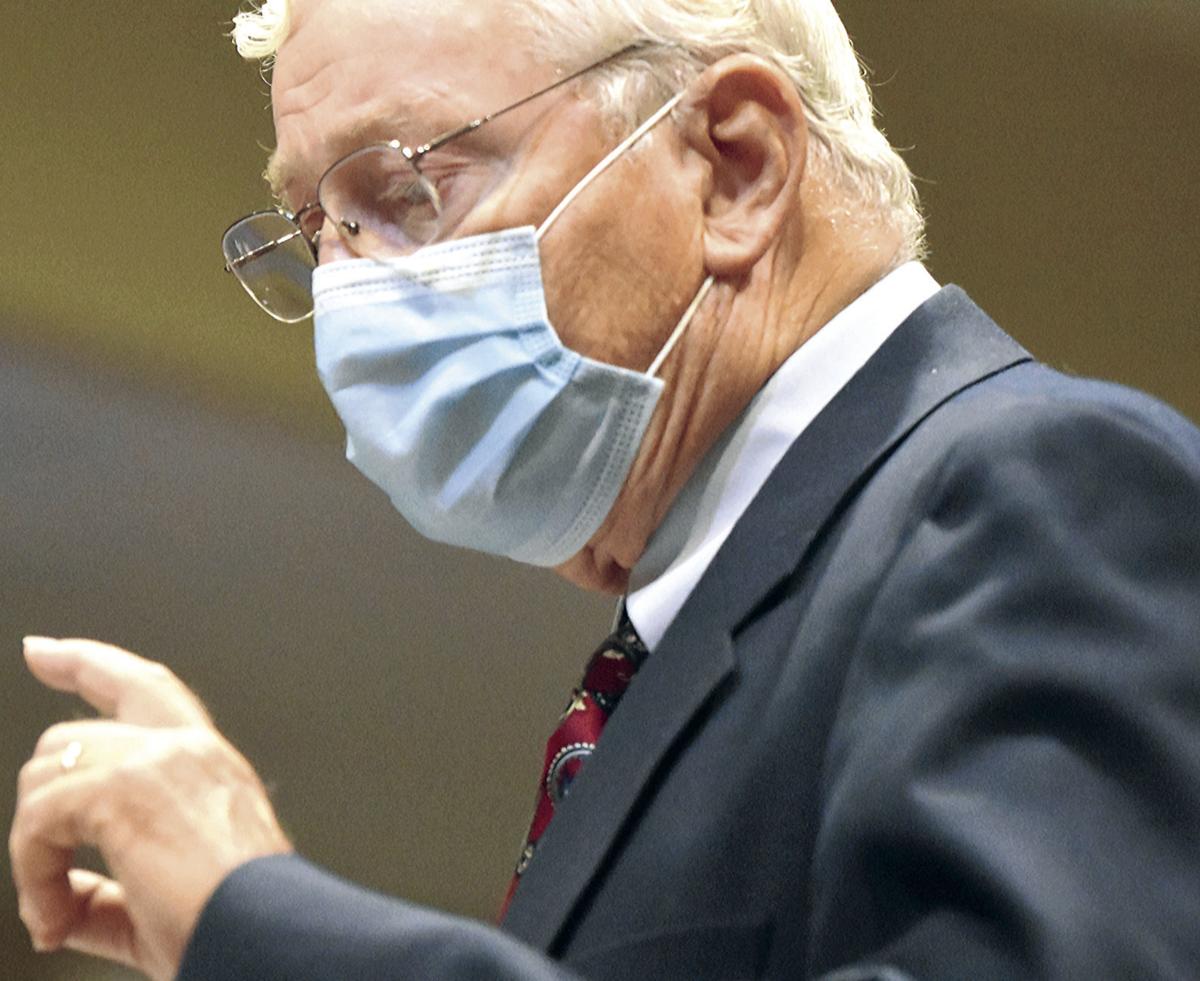 Francis Amos spoke in favor of keeping the Confederate monument in front of the county courthouse during the Franklin County Board of Supervisors meeting on Tuesday. 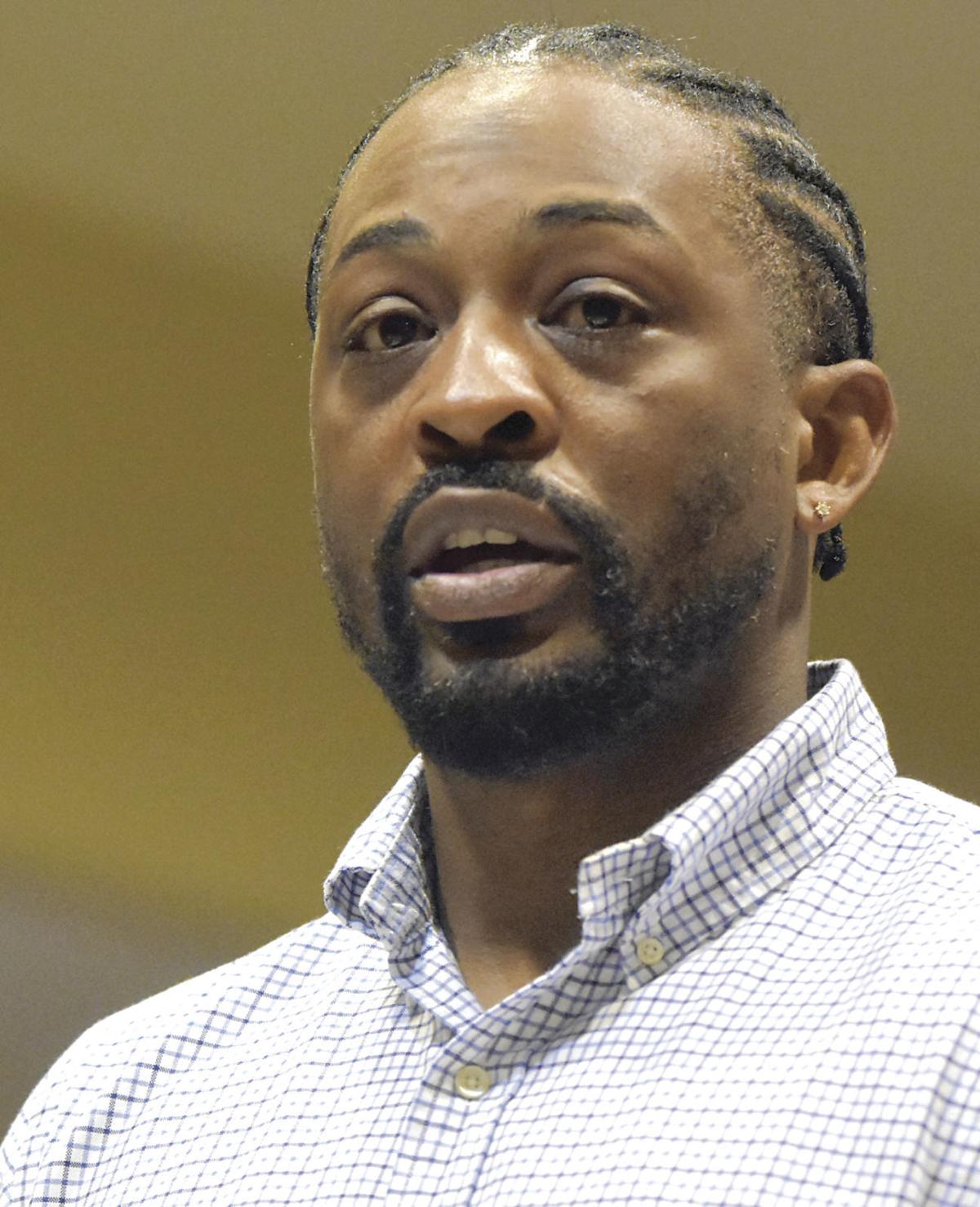 LeKeith Tolliver asked the Franklin County Board of Supervisors to consider removing the Confederate monument from in front of the courthouse. Tolliver’s petition on change.org has more than 3,000 signatures in favor of its removal.