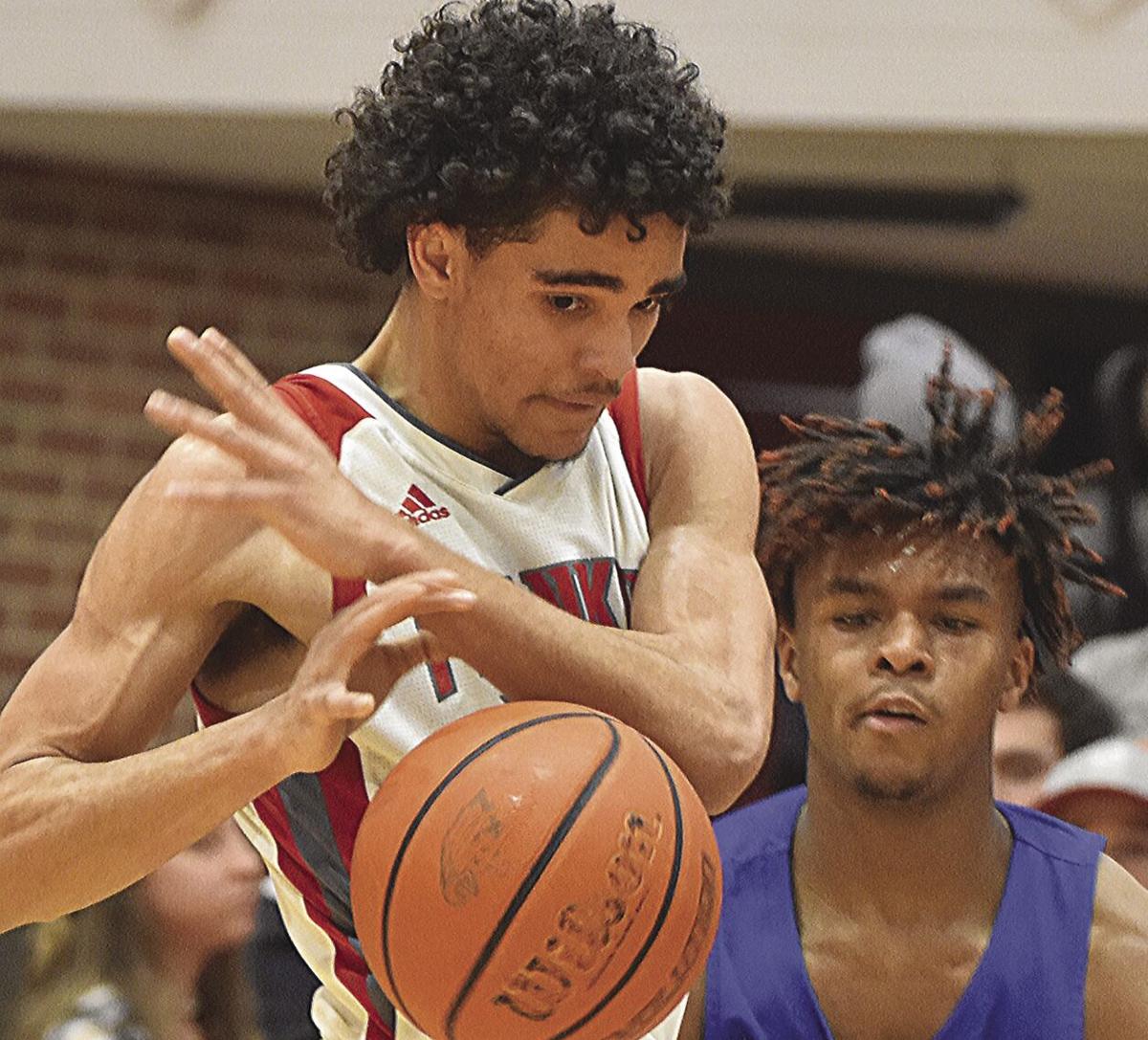 Desmond Hudson (front) battles a William Fleming defender during last season’s Blue Ridge District contest at Samuel M. Hawkins-Central Gymnasium between the Eagles and the Colonels. Hudson is one of seven seniors on this year’s squad. 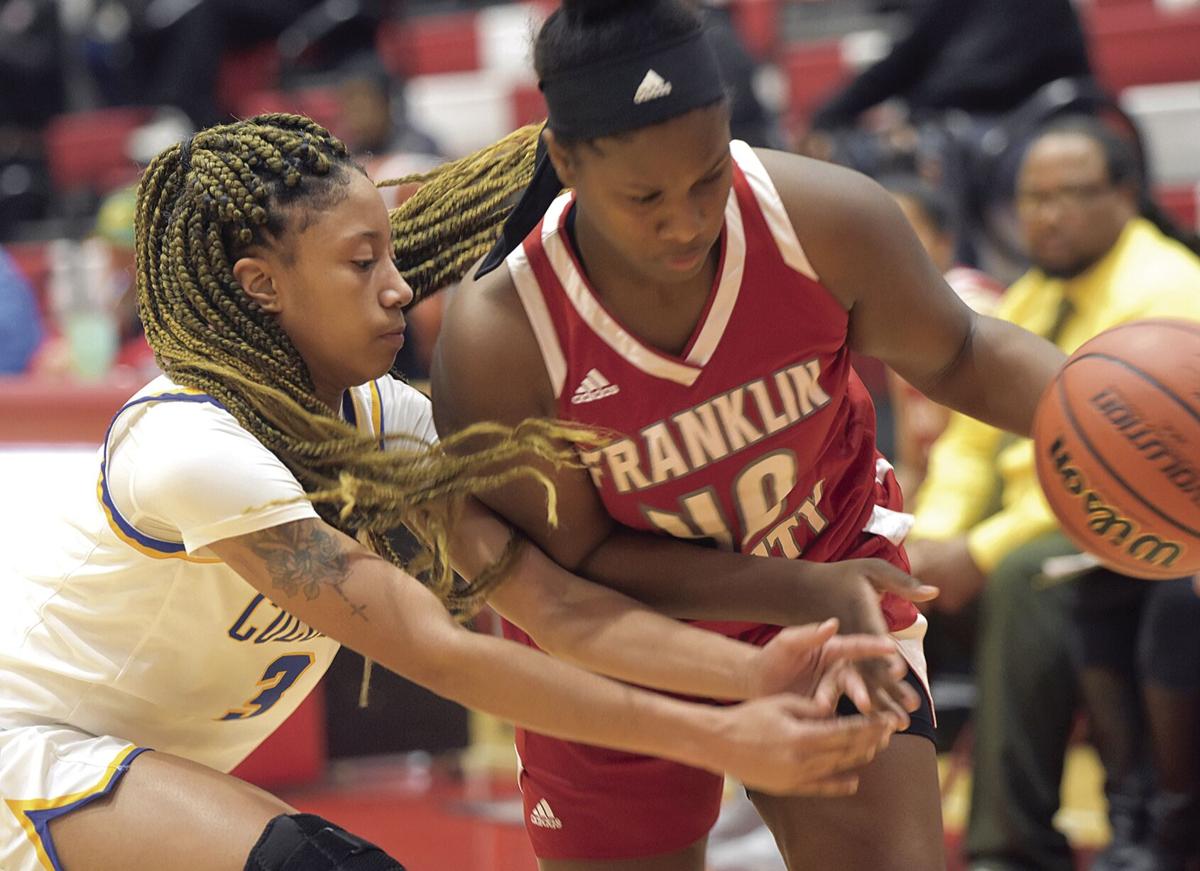 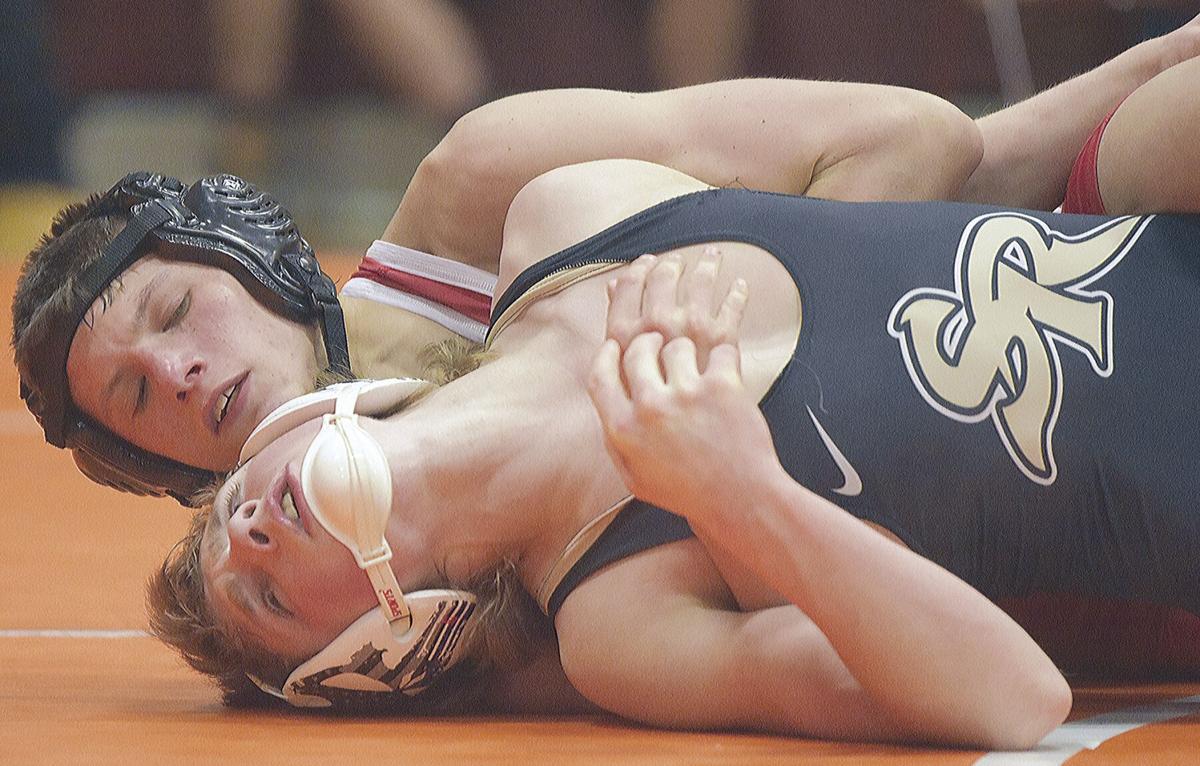 In other words, the Eagles are adding games, canceling them and postponing them from their originally scheduled dates in order to play them.

FCHS boys team opened its 2020-21 season Tuesday night at home against Lord Botetourt, but the girls team was unable to play the Cavaliers, one night after an added, non-district contest against Pulaski County was postponed.

On Thursday, FCHS has added a non-district game against Roanoke Catholic to its boys varsity schedule; the contest is set for a 5:30 p.m. tip off at Samuel M. Hawkins-Central Gymnasium.

Attempts are being made to reschedule the William Fleming doubleheaders, FCHS Athletic Director Crystal Worley said in an email Friday. Monday night’s girls games were postponed earlier that day.

Previously, a pair of doubleheaders against Bassett (boys at home, girls on the road) planned for Saturday afternoon at both sites were canceled.

The Lord Botetourt girls doubleheader which was postponed from Tuesday, has been reset for Thursday, Jan. 21 at Hawkins Gym with tip off times of 5:30 p.m. and 7 p.m.

FCHS’s boys varsity and boys junior varsity clubs have added a non-district doubleheader at home against Pulaski County on Tuesday, Jan. 19 with the girls varsity and junior varsity teams traveling to Dublin for a twin bill against the Cougars. The tip off times at 5:30 p.m. and 7 p.m.

On Monday, a series of games against James River-Buchanan was added to the schedule.

On Saturday, Jan. 16, the Eagles’ boys varsity and junior varsity squads are slated to host James River at Hawkins Gym. Tip times are 1 p.m. and 2:30 p.m.

On Friday, Feb. 5, the Eagles’ girls varsity team entertains James River in standalone contest set for 5:30 p.m., while the boys varsity and junior varsity squads travel to Buchanan for a non-district doubleheader with 5:30 p.m. and 7 p.m. tip times.

Tonight’s actionDavid Ferguson is set to make his debut as FCHS’s new wrestling coach when the Eagles travel to Daleville for a dual against reigning Blue Ridge District champion Lord Botetourt.

A boys middle school basketball game against Altavista Middle School is slated for 5:30 p.m.; a girls middle school contest between the two teams is Thursday at 5:30 p.m.

The non-district games are additions to both team’s schedules and are the season openers for both clubs.

Had Franklin County’s Kalik Witcher been shooting free throws at a county fair Saturday, he’d have won every stuffed animal in the house.

Rice decides to 'slow down' at South Boston Speedway

SOUTH BOSTON - When Cathy Rice took the reins as general manager of South Boston Speedway in 2000, she became a pioneer in being only the seco…

More changes have been announced with regards to Franklin County’s winter sports schedules.

James River holds off Eagles jayvees at the end

An eighth-place finish in ODAC is predicted for Ferrum

Panthers are tabbed for a 10th-place finish in ODAC

Desmond Hudson (front) battles a William Fleming defender during last season’s Blue Ridge District contest at Samuel M. Hawkins-Central Gymnasium between the Eagles and the Colonels. Hudson is one of seven seniors on this year’s squad.