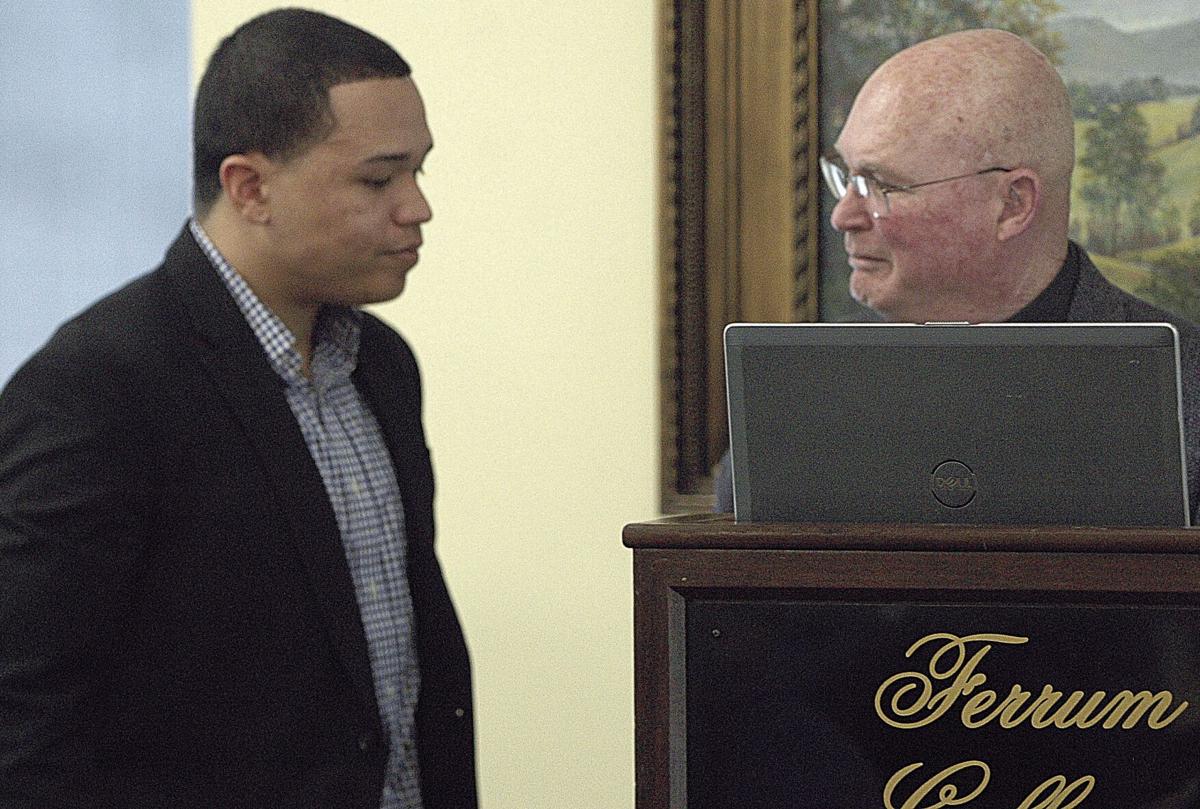 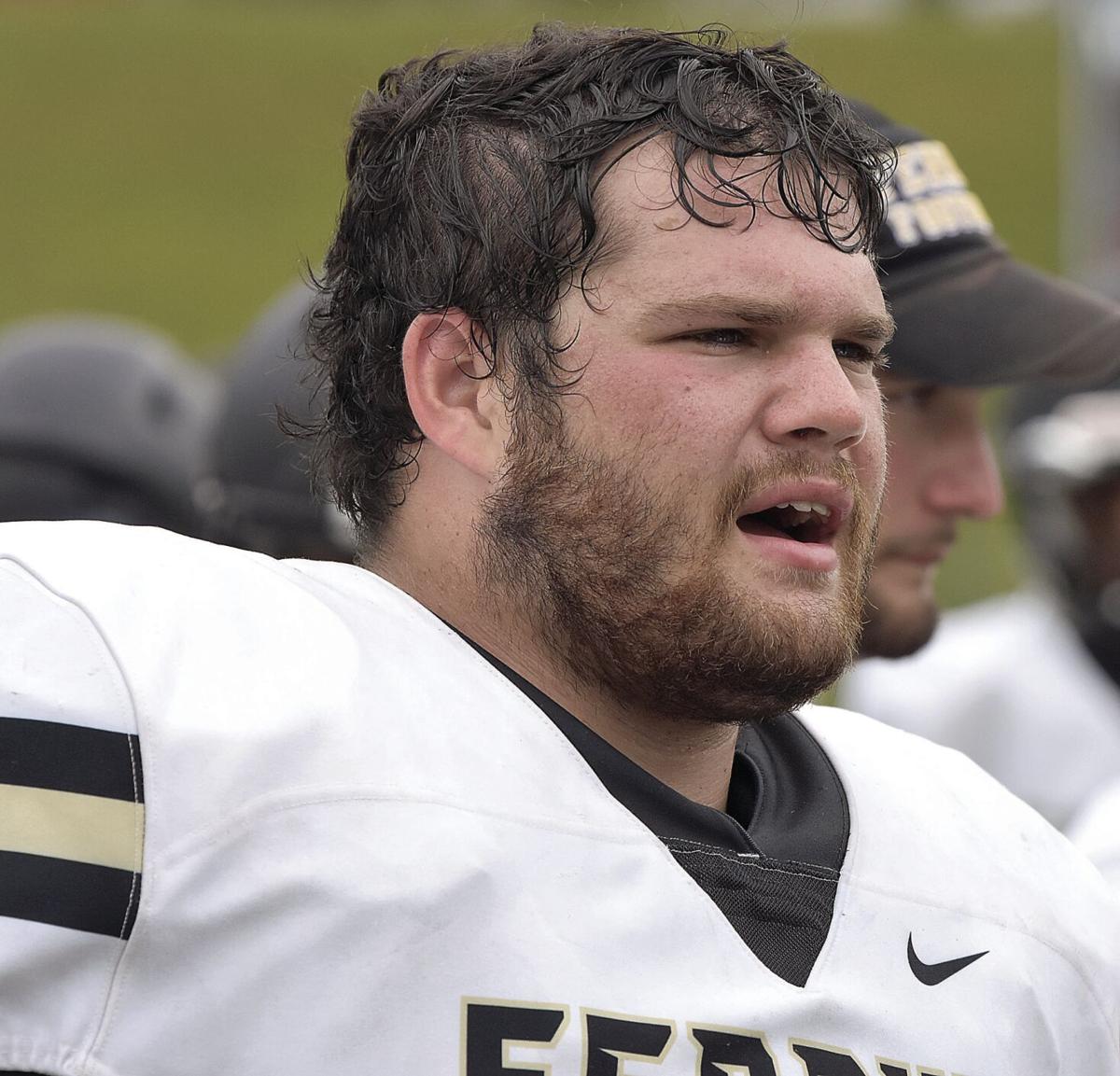 Jordan Patti, shown on the sidelines during a game against Greensboro (N.C.) College, is the 2019 recipient of the Big Green Award. 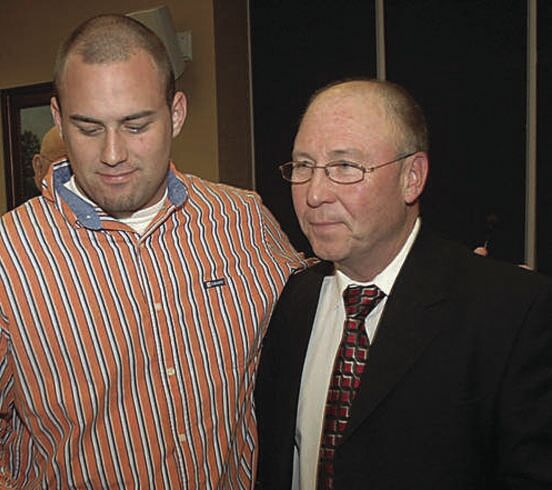 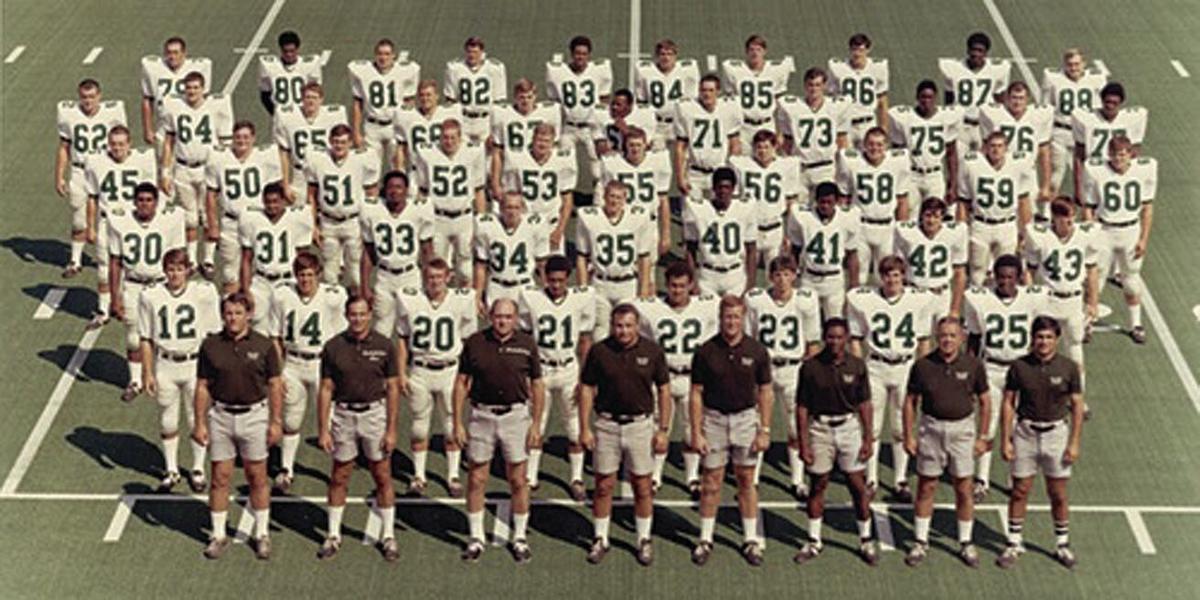 FERRUM—Albeit to a lesser degree than the historic December date that the phrase depicts, Saturday’s date 50 years ago will live in infamy.

November 14, 1970 has bound two colleges, one large and one small, and two football programs, one that competes in the Football Bowl Subdivision (FBS) and one that play NCAA Division III, from that day forward.

On that date, a plane carrying Marshall (W.Va.) University’s football team, staff and supporters, crashed upon its return to Huntington, W.Va. from Greenville, N.C. where Marshall had played a game against East Carolina University that day.

There were no survivors.

Seven of Marshall’s players had transferred from Ferrum College, all of whom were members of the Panthers’ 1968 junior college national championship squad.

Also, Rick Tolley, Marshall’s head coach at the time, was Hank Norton’s first full-time assistant coach. The former Virginia Tech player left Ferrum prior to 1968 to take an assistant coaching position at Wake Forest University before moving on to Marshall.

A week of remembrances are on-going at Marshall as the 50th anniversary of the crash approaches on Saturday. The Thundering Herd plays Middle Tennessee State University at home at noon that day.

Because of the COVID-19 pandemic, Ferrum does not play a game Saturday. If the Panthers return to the gridiron before next fall, they will do so during the college’s spring semester which commences in January.

The Panthers lost to league rival Washington and Lee University that day, 38-35, when the Generals kicked a game-winning field goal on the last play of regulation. The game marked the first time that the Panthers and the Generals had met as ODAC and Division III football foes.

The Panthers were returning home from a game in Maryland when news of the crash broke. Days later, Norton, a native of Huntington, W.Va. and Renso “Rock’’ Perdoni, a defensive star on the 1968 title team who was playing for Georgia Tech at the time, left for Marshall.

The 1968 team routed Phoenix Junior College of Arizona, 41-19, in the Shrine Bowl to win the national championship and to complete a 10-0 campaign.

During the regular season, the Panthers traveled to Miami, Oklahoma and bested Northeastern Oklahoma A&M, which won the 1967 national championship. The victory was one of six road wins, the Panthers achieved that season.

“We beat them in an emotional game,’’ Norton said recalling the win during an interview with The Franklin News-Post 20 years later.

The squad was led by Perdoni and Horace Green, who would later coach at Franklin County High School and Ferrum.

Norton was presented a ring honoring the seven players following his final game as the Panthers coach at 1993. One of those players was Kahila’s roommate.

Green was named the Most Valuable Offensive Player of the 1968 national title game.

“We played a great Phoenix team that had beaten the California (junior college) champions by two touchdowns,’’ Norton said. “They had always talked about California junior college football and how it was the best. Well, Phoenix beat the best in California and we beat Phoenix, 41-19, in the national championship game.

“I think that (victory) dispelled the myth that California junior college football was better than anywhere else. I think that proved the we could play in the East and so were are very proud of that,’’ Norton said.

“We (the 1968 team) wanted to be the best that we could possibly be and we tried to prove that in every game,’’ Danko said when the team celebrated its 20th reunion in 1988.

“As every game progressed, we got better and better and we peaked in Savannah, Ga. (site of the title contest) when we played Phoenix. And that’s the key,’’ Danko said.

“The ones who were killed in the plane crash were all good athletes. They (the 1968 team) were a close-knit group. It was like all of your buddies being killed. It was a horrible thing,’’ Norton said.

Green had moved on to Western Carolina University in 1970.

“It’s something that never leaves your mind,’’ Green said when recalling the tragedy following his hiring at FCHS. “It’s spooky.

“I was at (Western Carolina) with (Ferrum teammate) John Mahoney who was already there. He came into my room and told me. My first thought was, ‘ No this can’t be true,’ but I later found out it was true.’’

I don’t think anyone has ever felt comfortable with it because if you look at it, you can say to your self that it could have been one of us,’’ Green said.

“We don’t look at (the plane crash) as a tragedy; we look at it as an inspiration to all of us,’’ Danko said. “We are happy that we ever knew those guys. They have definitely played a big role in our lives because they have brought us (the 1968 team) together and made us closer. It has made this team a very, very special team.’’

Harper steps down as Knights' coach, hands reins off to Harris

After 32 years of coaching, most of which were spent at his alma mater, former Ferrum College head football coach David Harper is stepping dow…

Although year-round workouts are the norm in Virginia high school athletics, the traditional fall opening of football practice remains as an e…

Parris is transferring for final year of play

Williams is a finalist for Bellamy Award

Franklin County opens fall preseason football practice in preparation for its season opener at home against Bassett on Aug. 27.

Jordan Patti, shown on the sidelines during a game against Greensboro (N.C.) College, is the 2019 recipient of the Big Green Award.