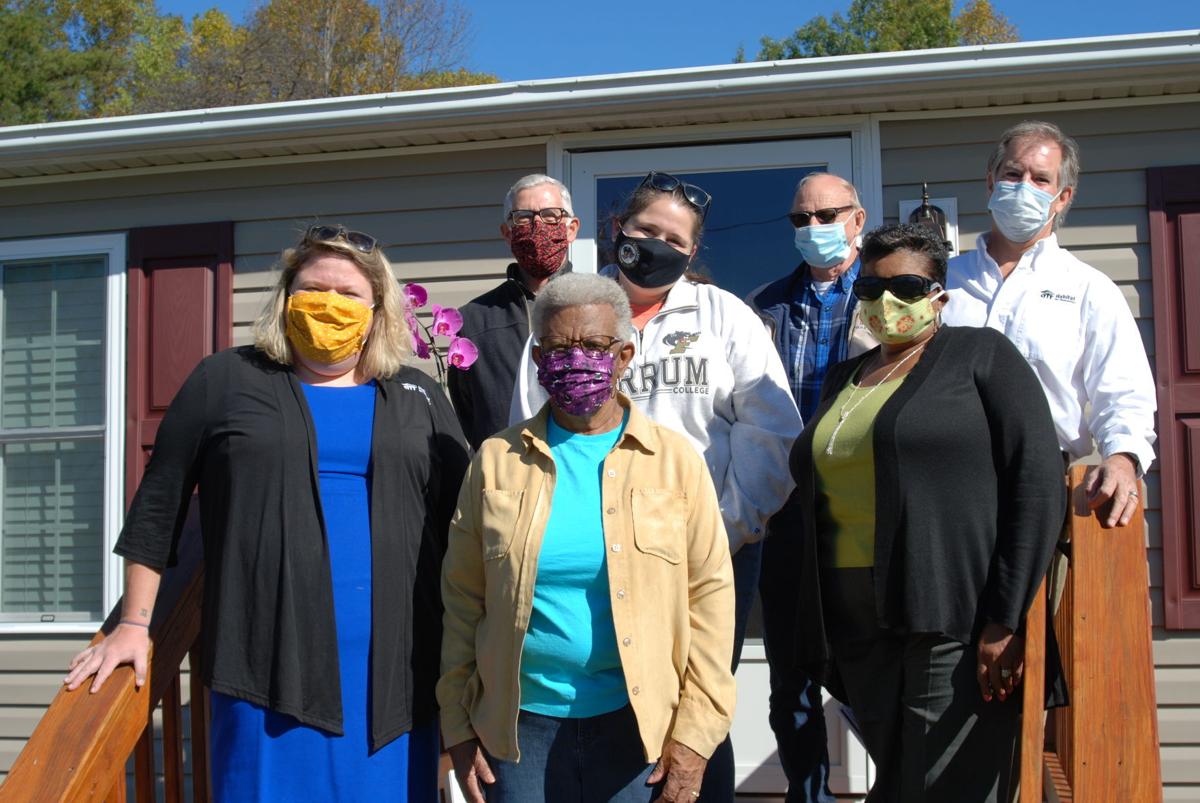 Members of the board of directors for Habitat for Humanity Franklin County helped celebrate the completion of Elaine Childress’ (front, center) house Saturday on her front lawn in Sontag. 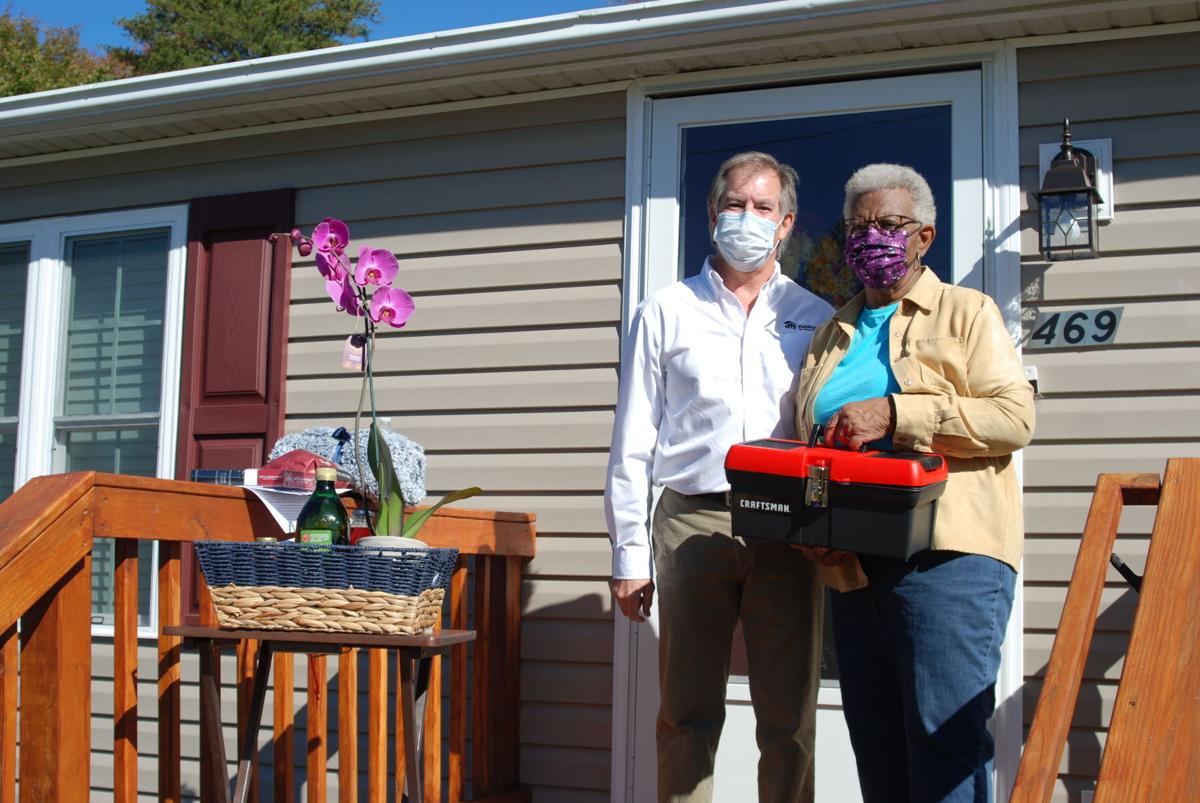 Elaine Childress stands on her front porch with Habitat’s Board President John Wilson and a basket of gifts presented to her during a home dedication held Saturday.

Habitat for Humanity of Franklin County commemorated its first home in several years Saturday with a home dedication for Elaine Childress of Rocky Mount.

Completion of the home on Sontag Road was part of an overall organization improvement program undertaken by Habitat with the goal of significantly impacting the community, said John Wilson, Habitat board president.

“Within the next three years, our plan is to be building three houses and completing 20 critical home repairs per year,” Wilson said.

Habitat has already begun working toward that goal by creating an alliance with Ferrum College, opening a new store in Schewel’s Plaza on Franklin Street and by hiring Kristina Hawse as its new executive director.

Wilson said that during the organization’s recent past, it lost its connection to the community.

“This house reconstruction project was completed mostly with volunteers, which helped us to reengage with the community and bring hope to others,” he said.

During the home dedication, Wilson lit three candles representing family, home and honor of the Lord.

Members of Habitat’s board presented Childress with a basket of blessings consisting of a candle, honey, rice, a plant, bread, salt and pepper, Snapple, a blanket, a jar of coins, a bible and a start-up toolbox. The items represented the board’s wishes for Childress as she moves forward in her new home.

“This is a special day as we transfer ownership of this house to Elaine,” Wilson said. “She has put in countless hours of sweat equity into its transformation from a burned-out shell to a beautiful place she now calls home.”

At least 15 local volunteers worked every available Saturday to help fix up the house for Childress.

Childress thanked the group and the workers, crediting them and God with making the day possible.

“I’ve had to be very patient, but I’ve never given up,” she said.

Childress was chosen by board members to assume the loan on the home and mortgage received from her goes directly into building the next house.

In order for an applicant to be chosen for a Habitat home, certain criteria, including need, willingness to partner and ability to pay must be met, Wilson said.

Family income and existing living conditions are evaluated to ensure a family meets the criteria for selection. The family must also participate in the home construction as a form of “sweat equity” in the project. Completion of financial management and family budget classes are also required.

“We are always seeking enthusiastic people who support our mission of affordable housing, to join our board and our organization,” Wilson said. “Habitat is committed to rebuilding and strengthening its infrastructure. We rely on donations, volunteers and our partner agencies to continue building homes and hope for worthy home-buyers.”

To learn more about Habitat for Humanity, visit www.habitatfcva.org.

Members of the board of directors for Habitat for Humanity Franklin County helped celebrate the completion of Elaine Childress’ (front, center) house Saturday on her front lawn in Sontag.

Elaine Childress stands on her front porch with Habitat’s Board President John Wilson and a basket of gifts presented to her during a home dedication held Saturday.