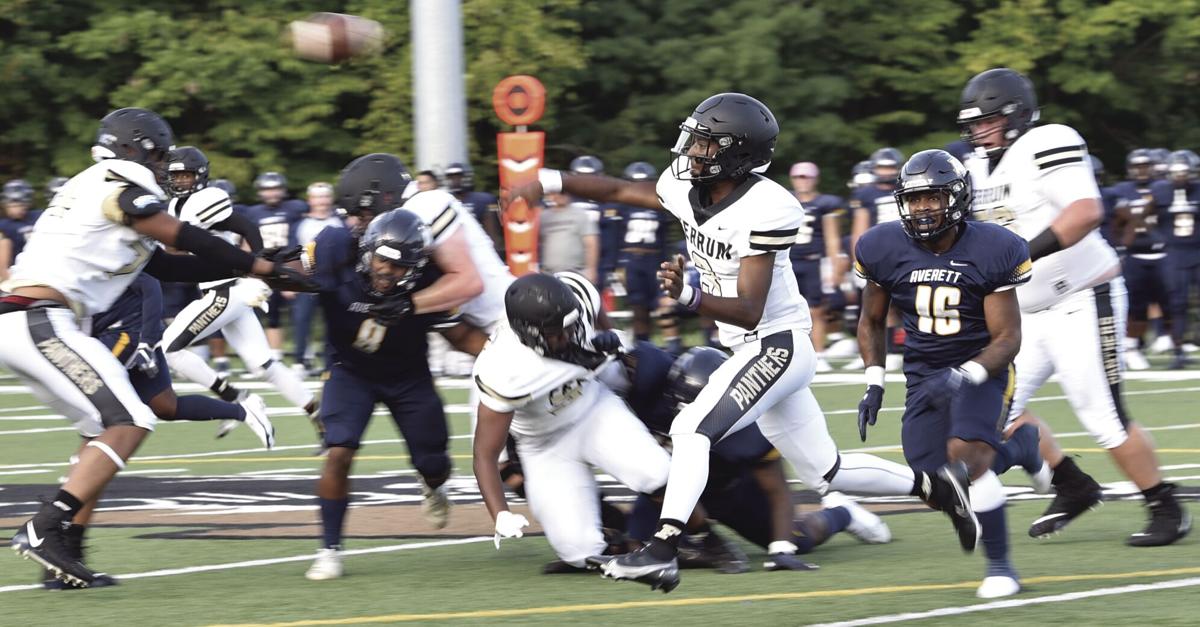 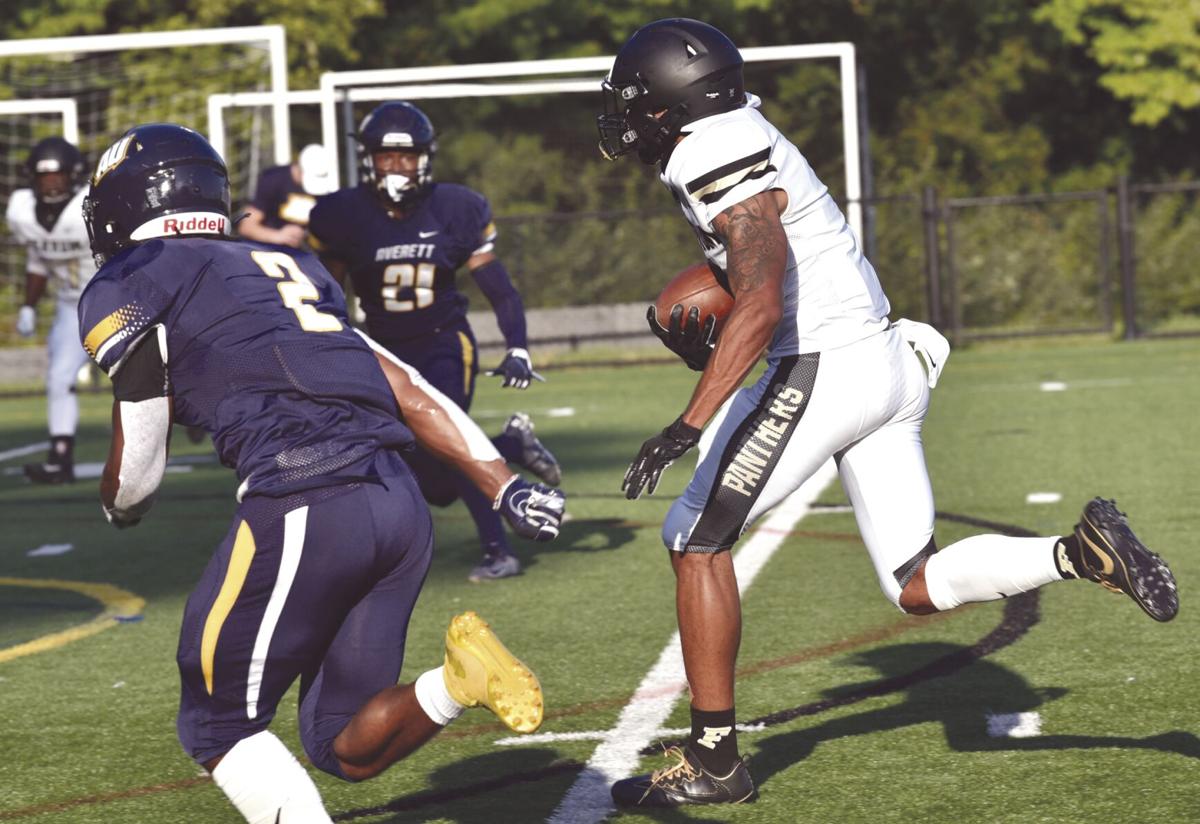 NEWPORT NEWS—Quarterback Titus Jones accounted for 254 offensive yards and scored what proved to be the game-winning touchdown in the third quarter as Ferrum College bested Christopher Newport University, 26-19, Saturday in a non-conference football match-up at Townebank Stadium.

Ferrum’s victory is its second in the series, one in which CNU had won 11 straight games and held a 13-1 won-loss advantage.

The Panthers entered the contest with an 0-7 record on the Captains’ home field.

The Captains led twice in the opening half: at 3:04 of the first quarter after Adam Luncher’s four-yard scoring run and 10-7 with 6:04 left in the first half after Ryan Castle’s 22-yard field goal.

Ferrum squared the count at 7 at 9:03 of the second stanza when Jones hit Tmahdae Penn with a 38-yard scoring strike. With no time left in the half, Seth Deaton evened the score at 10 when he converted a 19-yard field goal.

CNU closed the third-quarter gap to 17-13 when Castle made a 24-yard field goal.

In the final frame, Ferrum produced a nine-point scoring surge to take command.

Jones hit Penn with a five-yard TD strike with 10:44 showing, a pitch and catch score that was set up by Jones’ 70-yard hook-up with Matthew Montgomery.

Ferrum’s lead was 23-13 when Deaton finished the Panthers’ scoring with a 24-yard field goal with 2:58 to play.

The Panthers; however, had to withstand one last Captains’ rally.

With 21 seconds left, quarterback Matt Dzierski completed a 19-yard TD toss to Chase Kelly to pull the Captains to within one score.

The Captains bypassed a point-after-touchdown (PAT) kick in favor of a 2-point conversion try that the Panthers were able to stymie.

Then, the Panthers recovered the ensuing on-side kickoff and ran out the clock.

Dzierski was 19 of 32 passing with a TD. Kelly was his top target with seven catches for 63 yards. Luncher rushed for 67 yards.

Jones was 10 of 16 passing with two TDs, both to Penn, who caught five passes for 81 yards.

Sean Wilkinson for CNU and Drew Hill for Ferrum each registered 10 tackles.

Now, the series goes on hiatus again as the Panthers and the Captains are not scheduled to play in 2022.