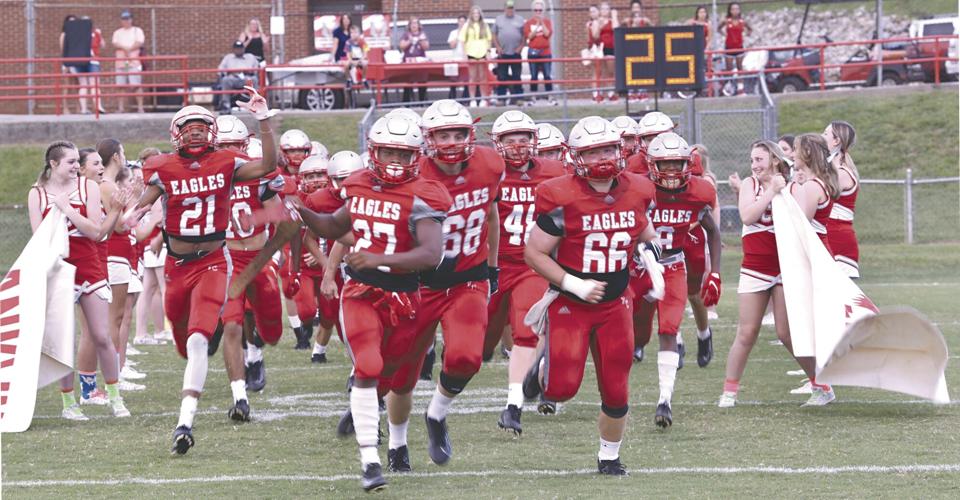 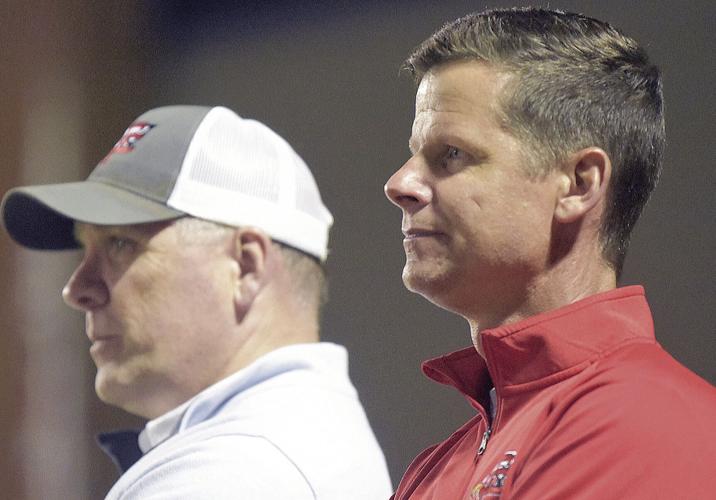 CHARLOTTESVILLE—A recommended plan by the Virginia High School League’s (VHSL) Alignment Committee has placed Franklin County in Class 5 and in Region D which includes 18 other schools.

In fact, FCHS principal Jon Crutchfield said Monday that the school has appealed the Region D placement with the hopes of being placed in Region C, which has 11 schools.

“On the average, the travel is 100 miles less for us (in Region C),’’ Crutchfield said. “The classification is more true to our numbers because for the first time (classification placement) is based on grades 9 through 11 instead of 9 through 12.

“On an economic and geographical standpoint, Region C is better for us.’’

Region D, which would include Blue Ridge District rival William Fleming, keeps FCHS aligned with schools in the northwestern part of state, while Region C keeps the school aligned with Richmond-area schools.

FCHS has been in the state’s top classification (Class 6) for several years. In Class 5, Region D, the Eagles would be matched with several schools they faced in the old Group AAA Northwest Region; in Class 5 Region C, only Clover Hill and James River-Midlothian are past regional foes.

Currently, FCHS and James River-Midlothian are in Class 6 Region A.

“It does look like Franklin County will for sure drop to Class 5. This is nothing but positive for (us),’’ Director of Athletics Bradley Lang said.

“While in Class 6, the closest Class 6 opponent was in Richmond (Region A includes Virginia Beach). Class 5 will allow us to possibility to play more region teams in regular-season contests and provide us with better opportunities to score needs points for regional standings.

“It will also open up more of an opportunity for opponents to want to schedule us for games instead of competing against the only Class 6 school west of Richmond, which has hurt us in the past.’’ Lang said.

Lang said he prefers a Region C placement over one in Region D.

“Our Class 5 region placement is still up in the air. ...We are hoping for a move to Region C . This will have us with other Richmond schools, which would be closer for travel. We are still unique in the aspect we would have to have considerable travel for region play,’’ Lang said.

“The competition does not get any easier and we will continue to work hard to put the best product we can on the field or court to represent Franklin County.’’

Class 6 and Class 5 each has four regions and 53 total schools.

The realignment plan has Patrick Henry-Roanoke, which competes in the River Ridge District, moving from Class 5 to Class 6 and joining current FCHS region rivals Western Branch, Thomas Dale, Oscar Smith, Manchester, Landstown, Grassfield and Cosby in a 12-team Region A.

Crutchfield said Patrick Henry plans to appeal is placement in Class 6 and that William Fleming may appeal its region placement. Patric Henry’s numbers in grades 9 through 11 as of March 31 are 1,530—27 above the Class 5/Class 6 cutoff. At 1,409, William Fleming is 24 below FCHS and 96 below Class 6.

Crutchfield said he sees FCHS staying in Class 5 for the long team and not jumping between Class 6 and Class 5 in future realignment cycles. He said he expects that the school’s numbers in grades 9, 10 and 11 should stay constant.

“If I had to predict, we will stay right where we are at,’’ Crtchfield said. “Nine years ago, we were either 15th or 16th largest public (high school) in Virginia. Nine years later, we are 64th.

“It’s not that we are losing enrollment, it’s Loudon County and Fairfax are building school left and right because those areas are growing and growing.

The Appeals Committee will consider final appeals on Aug. 23. Appeals can be made to the Executive Committee on Sept. 6.

The Executive Committee determines the final plan on Sept. 21.

Crutchfield is the chairman of the Executive Committee.

Aaron Haigler, Franklin County’s assistant baseball coach for the past eight years, has resigned from his post to enter athletic administratio…

CHESTERFIELD—Franklin County posted two scores in the low 80s Monday and finished eighth in a 14-team field at the Lake Chesdin Invitational.