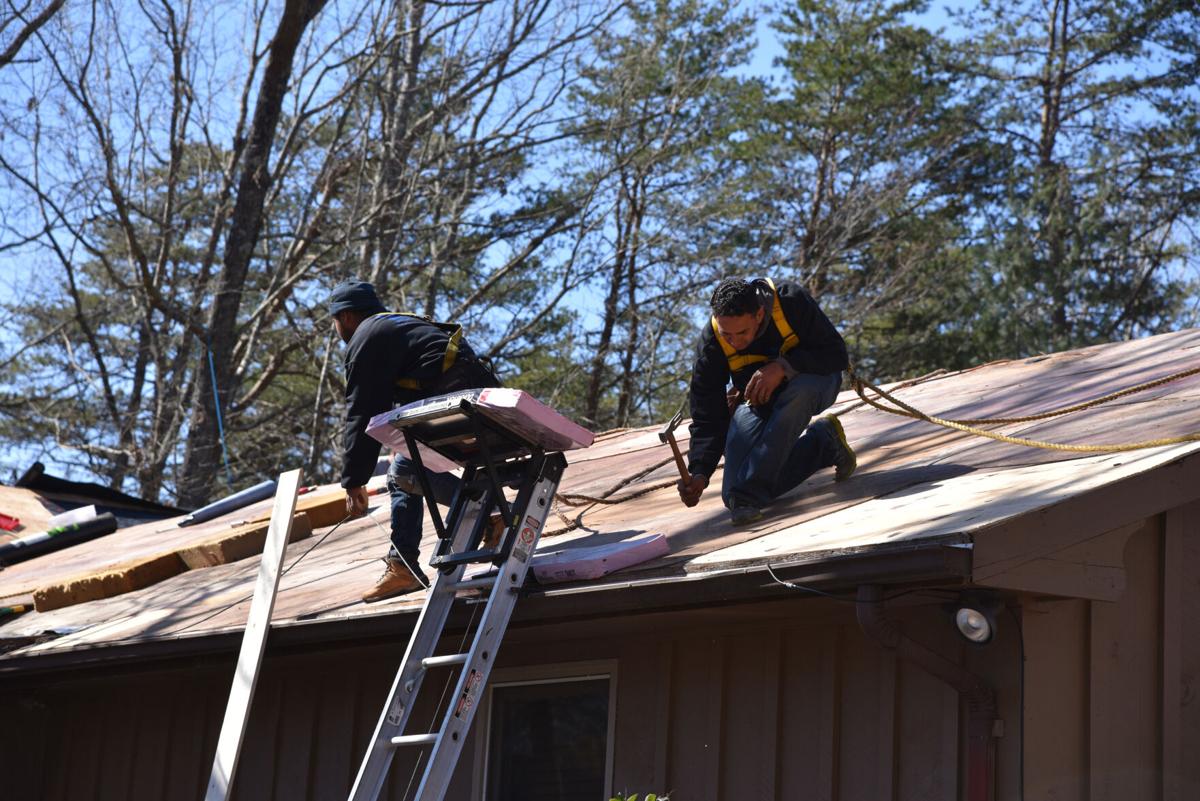 Roofers from Vinton Roofing worked to replace the roof on a veteran’s home in Rocky Mount on Monday. 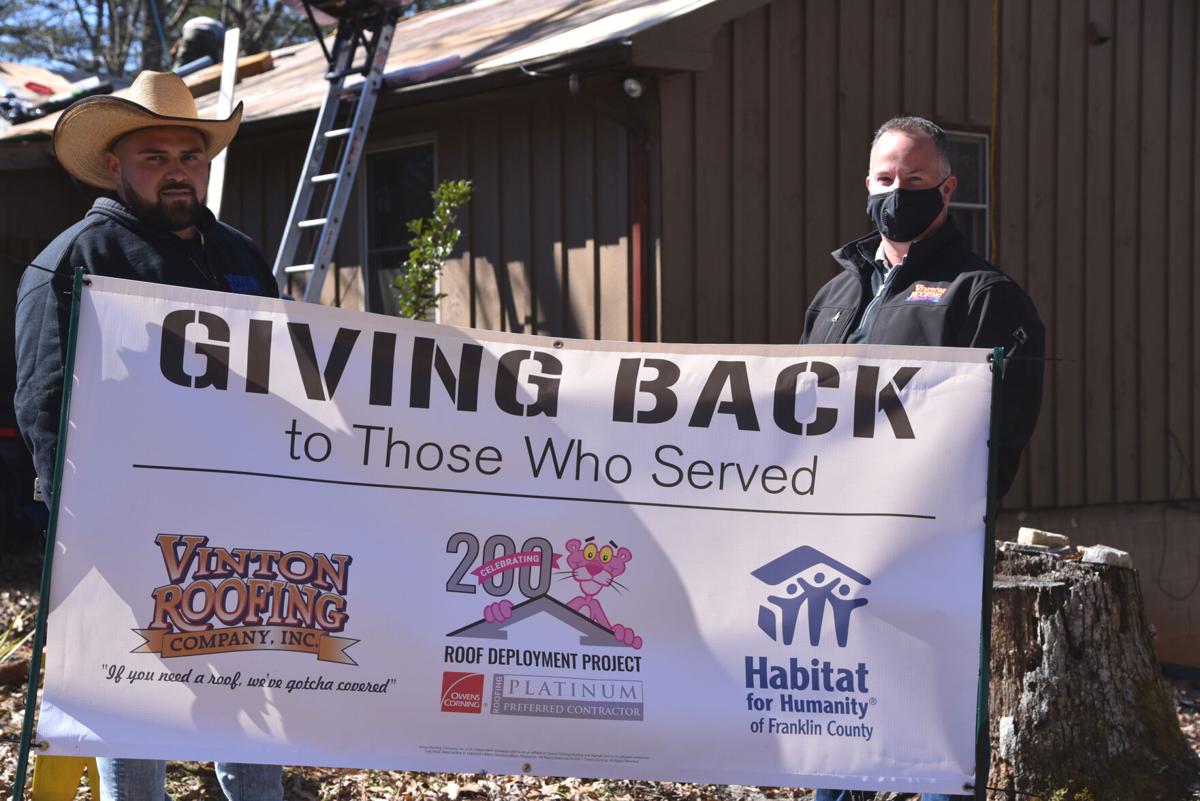 Max Palucho (left) and Jason Webb of Vinton Roofing organized the roof replacement project on Monday in Rocky Mount. The roof installation was a first for the company as part of the Roof Deployment Program.

A Rocky Mount Navy veteran has received a new roof courtesy of an alliance formed between Owens Corning, Vinton Roofing and Habitat for Humanity of Franklin County.

Representatives of Vinton Roofing began working on the home Monday, tearing off old shingles and replacing them, all at no cost to the homeowner.

The repairs were made possible through the Owens Corning National Roof Deployment Project, which has replaced more than 225 roofs for deserving veterans across the United States.

Habitat for Humanity of Franklin County identified the veteran, who declined to be named or interviewed for this story, and Owens Corning supplied the materials.

As an Owens Corning Platinum-Preferred roofing company, Vinton Roofing was asked to perform the installation.

“Owens Corning reached out to us to see if we wanted to be a part of it, and we jumped at the opportunity,” said Jason Webb, general manager at Vinton Roofing. “We were honored to do it. Vinton Roofing has always liked to give back to the community. We’re really excited to be a part of this. We’re also honored to work with Habitat and Owens Corning.”

The Owens Corning Roof Deployment Project is a nationwide effort to show gratitude and to honor veterans and their families who support them.

Owens Corning looks for local, platinum-preferred contractors that can partner with Habitat for Humanity once Habitat identifies a veteran in need, Webb said.

“We’re just really grateful we are in the area and are able to give back,” he said. “We’ve been in business for 21 years, and we get a lot of satisfaction from genuinely helping people out that truly need it that aren’t looking for it.”

The roof installation was a first for Vinton Roofing as part of the Roof Deployment Program, and kicks off the start of Habitat’s new Critical Repairs Program.

“The project is a chance for us to give back to this veteran,” Webb said. “He’s spent his time and energy protecting us, and we’re hoping that this gives him a peace of mind knowing that his home and his family are safe with a new roof over their heads.”

More projects, including making critical home repairs and building new homes, are in the works for Habitat for Humanity of Franklin County this year, according to Board President John Wilson.

OVERTON IS LAID TO REST

Justin Smith claims that he was forced to resign after supporting two female employees who said they were harassed by the police chief.

The Franklin County Sheriff's Office issued a press release today stating that it is seeking the public's assistance in locating a missing adult.

A Moneta woman was killed Friday morning in a crash in Franklin County.

A Franklin County woman filed a lawsuit against Famous Anthony’s, alleging that she contracted hepatitis A from eating at one of the chain’s restaurants.

New indictments charge a Rocky Mount man with murder in the death of his 7-year-old step-grandchild as well as bring cases against two other members of the family, according to court records and authorities.

The Town of Rocky Mount held a press conference on Oct. 12 to make the public aware that it will begin using a new side-loader truck for solid…

Roofers from Vinton Roofing worked to replace the roof on a veteran’s home in Rocky Mount on Monday.

Max Palucho (left) and Jason Webb of Vinton Roofing organized the roof replacement project on Monday in Rocky Mount. The roof installation was a first for the company as part of the Roof Deployment Program.